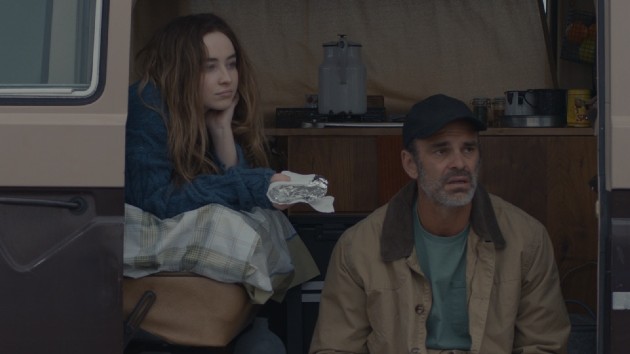 In the new independent film The Short History of the Long Road, however, Ogg gets to switch gears, playing Clint, a sympathetic dad to a teen girl, played by Sabrina Carpenter.

In their trusty camper van, the pair live off the grid, criss-crossing America’s open road, and relishing the independence their lifestyle grants them.

Ogg told ABC Audio about his character in the film, which was awarded the Special Jury Mention for Best Screenplay at last year’s 2019 Tribeca Film Festival.

“He’s at that point in his relationship to his daughter, where it is, you know, they’ve been living the van life for her entire life and she’s now entering the next phase of life,” says Ogg.  “And he’s struggling with that…with this idea of, ‘Wow, How do I let the bird go out of the nest?'”

For Ogg, his character got to show off the actor’s softer side for a change. “I love to get to play the characters I get to play and I like to try all the different things, but man —  it’s sometimes really nice, just to have that moment with someone,” he adds with a laugh, “a nice moment.”

He says of the film, “It’s about seeking, it’s about searching…I love the message of it. And yes, nowadays, obviously hope, you know…seems like a big thing that we all need a little bit of…”

The Short History of the Long Road is streaming now.