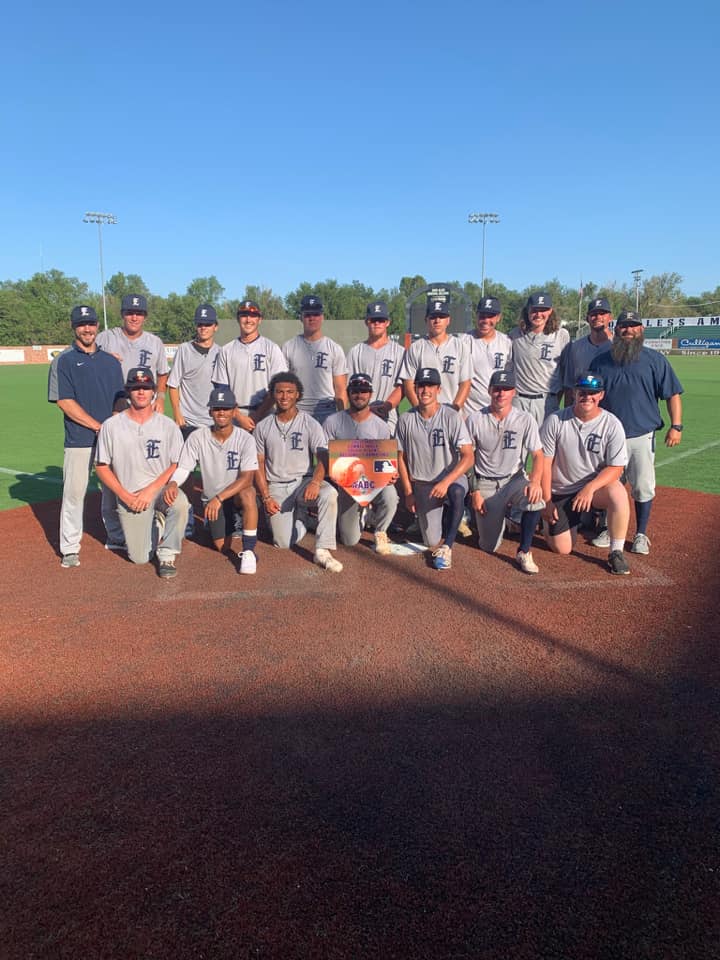 In a rock solid back and forth match up with MVP Seng on Sunday night, the Majors were able to capture the championship. But it took all seven innings, plus two more. The Majors walked it off in the bottom of the ninth inning.

MVP led for majority of the championship game, but the Majors came storming back in the bottom of the 7th inning to tie it up at 4 a piece and force extra innings at David Allen Memorial Ballpark.

Then the 8th inning came along and MVP Seng scored the initial run in the top of the 8th inning, but the Majors were able to answer with a run of their own in the bottom half of the inning.

That brought us to the 9th and final inning. MVP did what they were able to do in the top of the 8th, and score another run in the 9th. The Majors went up to the plate trailing by one run in the championship.

The clutch gene remained in the Enid Majors veins, as it did throughout the entirety of the South Plains Regional. Majors scored two runs in the bottom of the ninth to capture the win, some hardware and a paid berth into the Connie Mack Classic in Joplin, Mo. on July 22.

Oklahoma State commit Conner Gore did majority of his damage from the plate, as he did the entire week at David Allen. He had a team-high two RBIs, three walks and five quality at bats. He remained hot at the dish. In the final pool play game, Gore racked up 5 RBIs in their win over the Midwest Nationals.

With the Majors championship win, they are now locked into AABC’s biggest summer baseball event. The Connie Mack Classic takes place in Joplin, Mo. on July 22.

MVP Seng, who the Majors eliminated, won the Connie Mack Classic last year. While the Majors last won in 2015 & 2016.

For Coach Kris Webb, this his first year as the Enid Majors Head Coach, and he already has a championship under his belt. The Majors have more chances to claim some hardware, and it begins this Wednesday at David Allen for the 11th annual Connie Mack Oklahoma State Tournament. They play their first pool play game Wednesday at 2:30 p.m. and the Enid Plainsmen play at noon.

All the Majors and Plainsmen games this week can be heard on AM1390 KCRC Sports Radio, the CTB Sports App and online at EnidLive.com