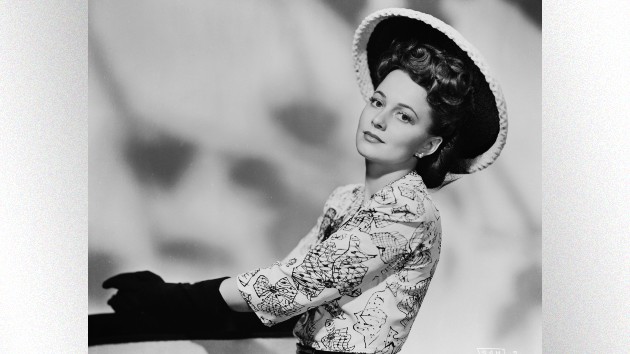 John Kobal Foundation/Getty Images(PARIS) — Academy Award-winning actress Olivia de Havilland, who was the last surviving star of Gone with the Wind, has passed away at the age of 104.Her publicist confirms to ABC News that de Havilland died peacefully from natural causes on July 26 at her home in Paris, France.De Havilland was best known for playing the role of Melanie “Mellie” Hamilton in 1939’s Gone with the Wind — a role that her younger sister Joan Fontaine had reportedly turned down and had suggested go to de Havilland instead. De Havilland won two Oscars, for 1946’s To Each His Own and 1949’s The Heiress, making her and her sister Fontaine the only siblings to have won lead acting Academy Awards. The reported rivalry between the sisters, born 15 months apart, was considered something of Hollywood legend.

Olivia Mary de Havilland was born July 1, 1916, in Tokyo to British parents. Her parents, Lilian Augusta, a former actress, and Walter Augustus de Havilland, an English professor and patent attorney, divorced when de Havilland was three, and she moved with her mother and sister to Los Angeles.

Both sisters expressed an interest in acting but de Havilland broke into the business first, after she was spotted in a community production of A Midsummer Night’s Dream. She later appeared in the Warner Bros. film version of the play and was signed to a seven-year contract with the studio.

In 1944, she famously challenged the rules of the studio system by becoming a free agent. She left her studio and demanded control over the roles she took on-screen. Today, the De Havilland Law, which prevents exclusive contracts from lasting longer than seven years, grants actors their working independence.

De Havilland made her final appearance on camera in the 1988 TV movie The Woman He Loved, before stepping away from the spotlight and enjoying a quiet retirement in France.