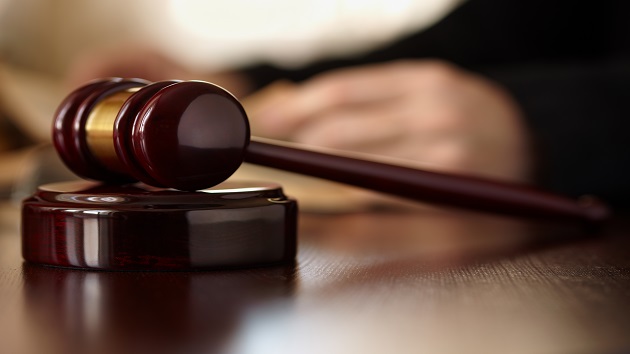 iStock/KuzmaBY: MEREDITH DELISO, ABC News(GRAND RAPIDS, Michigan) — Two fugitives who allegedly escaped a Virginia juvenile correctional center with the help of two of the facility’s employees were caught in Michigan after nearly two weeks on the run, officials said.Following a “complex investigation,” the Grand Rapids Fugitive Task Force arrested Rashad E. Williams, 18, and Jabar Ali Taylor, 20, without incident Saturday evening at a hotel in Battle Creek, Michigan — 700 miles from the scene of the alleged escape, the U.S. Marshals Service said.According to the Virginia Department of Juvenile Justice, the pair escaped the 284-capacity Bon Air Juvenile Correctional Center in Chesterfield County in the early morning hours of July 13. The duo allegedly used a cord to choke a security staff member until he lost consciousness, then allegedly used the employee’s keys to exit the unit. They then escaped through a hole cut in the facility’s perimeter security fence and left in a getaway car, officials said.U.S. Marshals had initially believed the two would travel north, where they “both have significant ties.” The two first fled to Pennsylvania, authorities said, where they were spotted at a hotel and seen on surveillance footage at a nearby Turkey Hill market in Lancaster County. The Lancaster County District’s Attorney’s Office had warned the public that they are “dangerous fugitives” who should not be confronted.U.S. Marshals pursued leads in several states until their arrest in Michigan, officials said. Michigan State Police, Battle Creek and Grand Rapids police departments and the Michigan Department of Corrections assisted in the arrest. The FBI also helped with the investigation.”Hours of dedicated investigative work by our law enforcement team ensured the safety of the public by getting these very dangerous escapees back into custody quickly and safely,” Nick E. Proffitt, U.S. Marshal for the Eastern District of Virginia, said in a statement.Both Williams and Taylor will be held at the Calhoun County Jail in Battle Creek, authorities said.Taylor, of Spotsylvania County, Virginia, was convicted of two counts of second-degree murder and aggravated malicious assault stemming from the 2015 stabbing deaths of two men. He was sentenced to 50 years in prison in 2016. In May, a judge denied an attempt by his legal team to reduce his sentence.Williams, of Washington, D.C., was convicted of malicious wounding and robbery and sentenced to 18 years in 2019.Both were due to be transferred to an adult Department of Corrections facility when they turned 21, officials said. Taylor turns 21 on Aug. 25.Three people have been arrested so far in connection with the escape, police said, including two Virginia Department of Juvenile Justice employees who worked at Bon Air. Destiny L. Harris, 23, of Chesterfield County, was charged with two counts of aiding with the escape of a juvenile on July 14. The next day, Darren Briggs, 42, of Lawrenceville, Virginia, was charged with one felony count of providing a cell phone to a prisoner. Both are no longer employed by the agency, Virginia Department of Juvenile Justice Director Valerie Boykin said.A relative of Williams’ — Gerald Thornton, 33, of Philadelphia — was charged with two counts of aiding in the escape of a juvenile, according to ABC Richmond affiliate WRIC.This was the first escape at Bon Air in over 20 years, according to Boykin. The director said she was launching a “full security analysis” of the “old campus.””DJJ had been working for years to replace it with a more modern facility with state-of-the-art security and treatment design components,” she said in a statement on July 17. “While those efforts are ongoing, we are committed to determine if security enhancements are needed.”