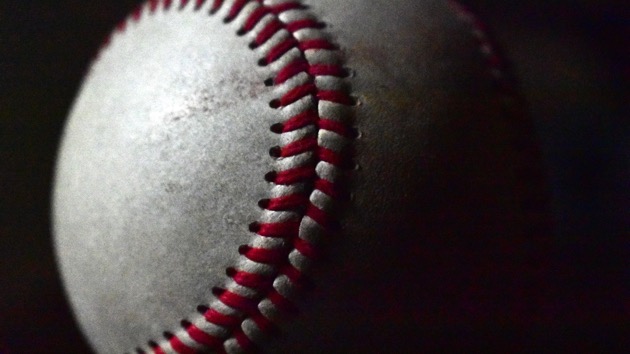 Pete Van Vleet/iStockBy IVAN PEREIRA, ABC News(NEW YORK) — Two Major League Baseball games scheduled for Monday were postponed as coronavirus testing is underway, the league confirmed in a statement.The Miami Marlins canceled their home opener against the Baltimore Orioles scheduled for Monday night after multiple members of the team tested positive for the coronavirus, according to sources who told ESPN.”Postponing tonight’s home opener was the correct decision to ensure we take a collective pause and try to properly grasp the totality of this situation,” Marlins CEO Derek Jeter said in a statement.The Marlins wrapped up a three-game series against the Philadelphia Phillies over the weekend, and as a precaution, the Phillies’ Monday home game against the New York Yankees was also postponed, the MLB announced.On Sunday, eight Marlins players and two coaches tested positive, sources told ESPN, after four other players had recently tested positive. The Marlins are in self-quarantine in Philadelphia, according Jeter’s statement.The Marlins expect coronavirus test results later Monday, per the statement. In the meantime, the MLB said it is watching the situation closely.”Major League Baseball has been coordinating with the Major League Baseball Players Association; the Marlins; the Orioles; the Marlins’ weekend opponent, the Phillies; and club medical staffs, and will continue to provide updates as appropriate,” the league said in a statement.Representatives from the Phillies, Yankees and Orioles did not immediately respond to ABC News’ requests for comment. As of Monday morning, the other scheduled MLB games were not postponed.The Orioles completed their first three games in Boston over the weekend and were set to play the Marlins this week with three games in Miami and three games in Baltimore. The Marlins played two exhibition games in Atlanta last week before their series in Philadelphia.MLB began a shortened season last week and is operating under strict rules to prevent the spread of the coronavirus. Fans are not allowed to see games live in stadiums and teams are only competing with clubhouses located in their regional division so that travel is limited.Under the MLB’s health guidelines, players who test positive for the coronavirus will be isolated from the team until they test negative twice at least 24 hours apart, show no symptoms for 72 hours and receive approval from team doctors.Copyright © 2020, ABC Audio. All rights reserved.