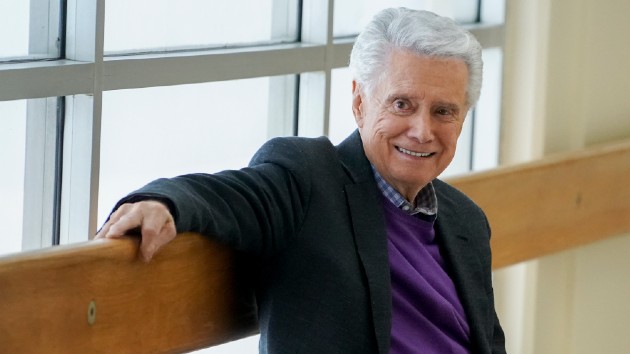 ABC/Richard Cartwright(INDIANA) — Regis Philbin will reportedly be laid to rest at his alma mater, Notre Dame university, an institution he remained passionate about throughout his life.

University spokesman Dennis Brown told Indiana’s South Bend Tribune that Philbin, who died Friday at 89 of natural causes, will have a funeral service at the Basilica of the Sacred Heart and be buried at Cedar Grove Cemetery on campus.

No date has yet been given for the event.

Philbin was an enthusiastic Notre Dame supporter in the years since he graduated back in 1953, returning for football games and chairing fundraisers and other events.

In 2001, the paper reports the former Live! With Regis and Kathy Lee host gave $2.75 million to the university to create the Philbin Studio Theatre, which is used by performing arts students.

Upon hearing news of Philbin’s death, University President Rev. John I Jenkins said in part, “Regis regaled millions on air through the years, oftentimes sharing a passionate love for his alma mater with viewers. He will be remembered at Notre Dame for his unfailing support for the University and its mission, including the Philbin Studio Theater…He likewise was generous with his time and talent in support of South Bend’s Center for the Homeless and other worthy causes.”