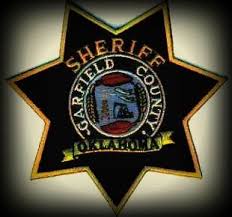 (Enid, OK) After a surprising outcome in the initial Republican primary race, Garfield County Sheriff’s Office candidates are down to two. Incumbent Sheriff Jody Helm will go head to head in the August 25th state primary runoff against Jody Helm who won the popular vote on June 30th.

Helm started the evening of the primary ahead of both challengers Rink and Deputy Dariel Momsen, but as more precincts reported in Rink took the lead and won the night with 3,951 votes. Helm was only 330 votes behind Rink ending the night with 3,621, and Momsen totaling 1,132.

A forum for the two has been scheduled for August 13th.