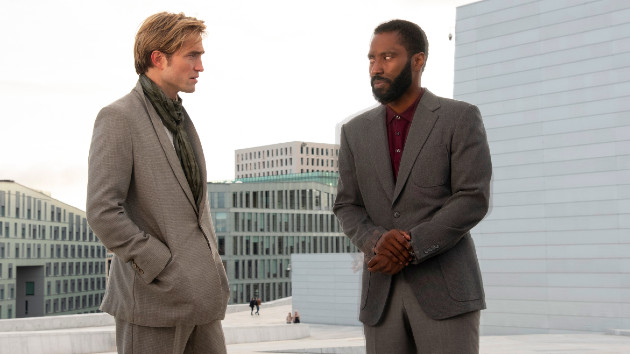 Melinda Sue Gordon; ©2020 Warner Bros. Entertainment, Inc. All Rights Reserved.(LOS ANGELES) — The anticipated Christopher Nolan thriller Tenet will come to theaters after all — just not in the U.S. in time for the summer movie season.

Variety reports that the time-bending film — which at one point theater chains, and Warner Bros., hoped could salvage the COVID-19-devastated summer movie season — will open overseas on August 28.

Tenet will open in 70 territories on that day in Europe, Australia, Russia, Canada, and the U.K.

The movie, which stars John David Washington and Robert Pattinson, won’t open in the States until September 3, when it will debut in select theaters. At least, that’s the plan for now.

With the COVID-19 pandemic still raging in much of the U.S., particularly in states like Arizona, California, Texas and and Florida, theater chains in the U.S. have delayed their planned re-openings, even with planned safety enhancements.