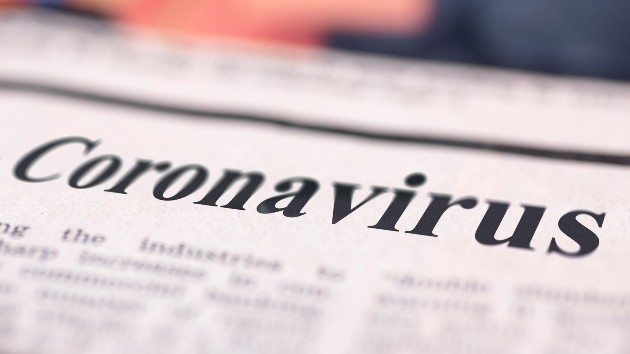 CasPhotography/iStockBy LUCIEN BRUGGEMAN and SOO RIN KIM, ABC News(NEW YORK) — Tens of thousands dead. Millions more infected. An economy crippled. How did we get here?When an outbreak of the novel coronavirus emerged late last year in Wuhan, China, few could have imagined the depth of its devastation. The virus crossed borders and oceans, eventually spreading throughout the United States and forever reshaping the lives of those left in its wake.Now, months later, a wide-ranging ABC News investigation examines the evolution of the global pandemic through extensive interviews with current and former public health and national security officials.Their collective voice tells the story of a viral infection that exposed gaps in leadership that left millions of Americans vulnerable.Here are five key takeaways from the ABC News investigation:

Inadequate testing blinds leadersUntil April, the United States lagged far behind numerous other countries on testing even as community spread was actively occurring across the country and around the world.”Like any threat, you can’t fight it if you don’t know where it is,” Klain told ABC News.Assistant Secretary of Health Adm. Brett Giroir, the nation’s top health official tapped by Trump to oversee coronavirus testing, told ABC News the government was not prepared to ramp up its testing efforts early in the pandemic because testing supplies were not part of the national stockpile.”When I looked to see what was there, there was nothing there,” Giroir told ABC News. “We didn’t know what industries were involved. We needed these strange things called swabs. Who makes swabs?”According to CDC Director Redfield, companies were slow to jump into testing early on in the coronavirus crisis because of their past experience with SARS and MERS. Because those ailments never spread widely, private labs saw tests go unused, he said.”By the time they developed the test there was no market for the test,” Redfield told ABC News.But the president’s critics say the administration should have quickly used the Defense Production Act to boost testing efforts early on — an effort that’s now being implemented as several states and private labs are once again faced with testing shortages, supply issues and a significant lag in turnaround time for test results nearly half a year into the pandemic even after the federal government and states across the country have significantly ramped up testing efforts.Food and Drug Administration Commissioner and White House Coronavirus Task Force member Stephen Hahn attributes the current testing shortage to an increase in demand as tests open up to asymptomatic people.”I think it’s a reasonable public health strategy that we’ve done that,” Hahn told ABC News. “Our job at FDA is to say, ‘Okay, where’s the next generation of tests so that we can scale up by tens of millions per month?’ Fortunately, that’s happening.”But several states, including California, have recently reverted to prioritizing symptomatic patients. Former New York City Health Commissioner Dr. Mary Bassett told ABC News the lag in turnaround time for testing results — which is as long as a week in some places — is “not acceptable.””It makes a complete mess of all public health prevention strategies of a communicable disease,” said Bassett, who oversaw New York City’s Ebola response. “You have to have rapid turnaround.”Mixed messages undermine a public’s confidence in responseIn 2005, when President George W. Bush dispatched his top public health officials to craft a pandemic preparedness plan, a top priority was to convey a clear, unified message to the American people about the federal government’s response.”It was interesting to go back and reread the pandemic plan from 2005,” said Dr. Julie Gerberding, who directed the CDC from 2002 to 2009 and helped convince Congress to adopt the Bush strategy. “If you go down the list, it included … communication capability development with trustworthy spokespeople.”Public health officials say Trump’s rhetoric has set back efforts to convey a unified message to Americans.Both supporters and critics of the president have accused him of downplaying the threat of the pandemic.”As I watched a lot of this evolve from January through February and March, I was worried about a number of mistakes that, it appeared to me from the outside, were being made, or at least in communication with the public were being made,” said Tom Bossert, a former homeland security advisor to Trump who was also a security aide to Bush when the 2005 pandemic plan was enacted. “I mean, this is the part that’s so hard for me. Yes, of course, there’s bad leadership right now. It’s so self-evident that you don’t need me to say.”The president and his close political advisors often offered messages in direct conflict with his public health experts. The friction between the two factions came to a head earlier this month when the president’s trade advisor, Peter Navarro, penned an op-ed in USA Today critical of Fauci, the administration’s top infectious disease expert.”What are people supposed to think when the federal government has a plan for reopening and the president is telling people to ignore his experts’ own plan for reopening?” asked Klain. “That confuses everyone. It leads to politics, division, divisiveness. It leads to some of these protests you were seeing.”Trump imposed a travel ban from Europe, which he has cited as an important early response. But some health experts say it also drove a massive number of people back to the U.S. at a time when social distancing was needed.”He said he was banning everyone, and that led to a panic,” Klain said. “It led to thousands and thousands of people coming back from Europe who didn’t need to come back. It led to people being jammed up in U.S. airports and probably a lot of coronavirus was brought to this country and spread once in this country.””The implementation of that could have gone much — needed to have gone better, because people ended up in those crowded hallways for a long period of time,” Neumann said. “And many were exposed, and reportedly have passed because of their exposure waiting to clear customs.”Public health experts haven’t been immune from criticism for their mistakes. In early March, for example, Fauci characterized the risk of Americans contracting the illness as “really relatively low” while the surgeon general discouraged the use of masks.Adm. Brett Giroir, the Trump administration’s testing coordinator, described how conflicting messages erode public trust in the government’s response — and the challenges of being the bearer of bad news.”I can tell you I’ve tried – and all my colleagues have tried, to the best of our ability – to be completely transparent and open with the American people. I’ve been accused of being the person who’s more negative,” Giroir said. “I’ve tried to be right down the middle of the fairway. Because I believe it’s important for the American people … to know that this is very serious.”Copyright © 2020, ABC Audio. All rights reserved.

Process begins to get vaccines to kids under 5, the last remaining group