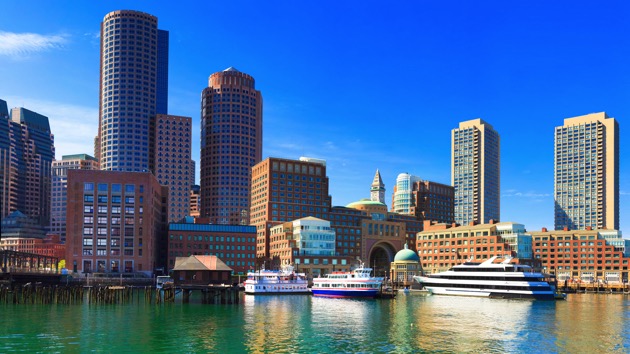 pawel.gaul/iStockBy CATHERINE THORBECKE, ABC News(BOSTON) — A Massachusetts cruise liner has been hit with a cease and desist order after photos of a packed ship deck went viral over the weekend.Bay State Cruise Company, which runs ferries between Boston and Provincetown, was ordered to stop operating just shortly after reopening as part of the state’s Phase III, Step 1 plans.The Boston Public Health Commission and the state’s Department of Labor Standards hit the company with a cease and desist order Monday, saying that some of the activities, including the Summer Music Cruise and Group Charters with dancing, were not yet eligible to reopen. The letter added that the Department of Labor Standards has received complaints about these activities.”This weekend’s mass gathering on a boat in the harbor represents a serious threat to public health, which is why today the Boston Public Health Commission together with the state’s Department of Labor Standards issued a cease-and-desist order to Bay State Cruise Company,” Boston’s mayor, Marty Walsh, said in a statement.”We’ve made great sacrifices and worked hard over the last few months to stop the very real and very dangerous spread of COVID-19, and it’s vital every person and every business take this public health emergency seriously, and do their part to keep their families, neighbors and communities safe,” Walsh added.In a photo posted to Twitter, passengers appeared to pack the deck of one of the ships, the Provincetown II, with little social distancing.

How is this crowded party boat in Boston Harbor allowed? pic.twitter.com/HfGILXWLrE

Bay State Cruise Company did not immediately respond to ABC News’ request for comment on Tuesday.On Monday, the company’s owner, Michael Glasfeld, responded to the viral photo in a statement, saying the ship — only the fourth cruise since the company reopened — sailed at 33% capacity.Glasfeld also noted that the top deck was at roughly half its legal capacity and his employees were following all exercises they worked on to reopen safely and in accordance with the rules. His note highlighted some of the struggles many small business owners are navigating as they attempt to reopen.”Clearly, this is a situation where the public’s view is far more important than whether or not we are conducting activities in accordance with regulations,” Glasfeld said in the statement. “We value our reputation as being a company that does the right thing, and we are working with the City of Boston’s Dept. of Health this week to further work on what needs working on.”He continued, “We’ll get this right; we are committed to that effort and understand how, in our current environment, this photo has created such a stir.” Copyright © 2020, ABC Audio. All rights reserved.