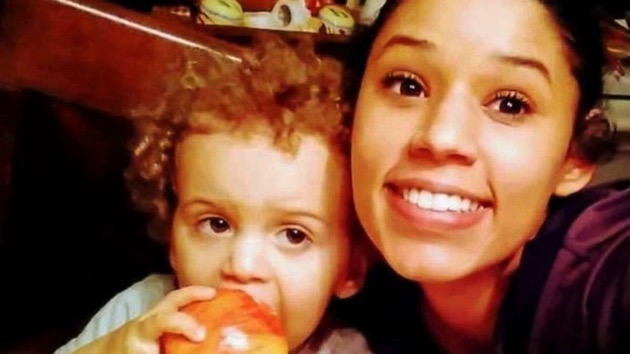 Police are searching for Leila Cavett, who may be the mother of the child in the photograph, that was found alone in a parking lot in Miramar, Florida. – (Miramar Police Department via Twitter)By CHRISTINA CARREGA, ABC News(MIRAMAR, Fla.) — Two days after a young boy was spotted wandering around a Florida parking lot, the Miramar Police Department still hasn’t found his mother.The boy, approximately 2 or 3 years old, was identified after a photo of him was circulated on social media.The boy’s aunt, Gina Lewis, told ABC affiliate WPLG that her sister, Leila Cavett, nor her family have any connections to South Florida.The boy, police said, currently is “being cared for by a foster parent and has been provided with the necessary items” until his relatives can make the 12-hour drive from their hometown of Jasper, Alabama.”Were in the middle of a pandemic,” Lewis told the station. “So it’s not like they were taking a vacation out of the blue with the baby. There’s no way.”Cavett, 21, was last seen driving a white Chevy 3500 with a maroon or red tailgate and a “Baby on Board” sign on the passenger window, police said.”We are concerned for her safety and well-being,” the Miramar Police Department said in Facebook and Twitter posts that included photos of the boy and of Cavett.

Need to Identify: This little boy was found wandering alone, near the 1860 block of SW 68th Ave. If you know who he is or have information about his parents/guardians, please call us at 954-602-4000 (press 0 for communications). pic.twitter.com/vWiPFtynTy

Anyone with information on Cavett’s whereabouts is urged to contact the Miramar Police Department at (954) 602-4000.Copyright © 2020, ABC Audio. All rights reserved.