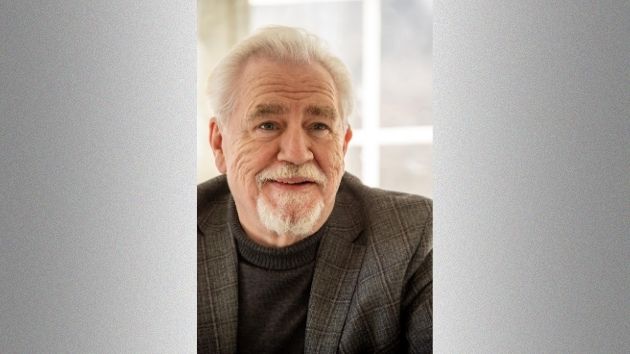 V Anderson/WireImage(LOS ANGELES) — Tuesday was a great day for Succession when the HBO drama collected a whopping 18 Emmy nominations.  However, no one is more thrilled than Brian Cox, who plays Logan Roy — the family patriarch and owner of the media empire Waystar Royco.

Most importantly, Cox’s nomination for Outstanding Lead Actor in a Drama Series is his first Emmy nod in 18 years.

“I’m glad to know that I’m still here,” The 74-year-old tells ABC Audio. “Somebody, when I was a young actor said, you know, ‘Brian is going to be the long haul for you.’ Well, it’s been a hell of a long haul, but it’s been a good one. And I ain’t complaining.”

However, he does find it a tad ironic that his on-screen son,  Jeremy Strong, is also vying for the same award.

“It’s very Succession-like, isn’t it?,” Cox grins.  “I mean, there’s obviously going to be some competition.”

And while the Scottish actor is just pleased to be recognized, he doesn’t think that Strong sees it the same light. because “he’s a young man, so he’ll probably feel it.”

Cox adds that,while he’s looking forward to the possibility of adding a new Emmy to his collection, he’s even happier for his Succession team.

“I was delighted for Jeremy to be nominated in the same category as me,” The Empire Icon Award-winner detailed. “I was also delighted that Kieran, Nick Braun and Matthew MacFadyen have all been nominated… as my daughter Sarah Snook has been nominated.”

“So that that meant that the show was as a totality who has been recognized,” furthered Cox. “And I think it’s a great show.”

The 72nd Emmy Awards will will be broadcast Sunday, Sept. 20 starting at 8 p.m. Eastern time on ABC.

“It is over, Eleven” — Netflix drops teaser to ‘Stranger Things 4: Volume 2’

Report: Michael B. Jordan and Lori Harvey break up after over 1 year of dating

The wait is almost over: ‘Obi-Wan’ Kenobi hits Disney+ on Friday

Emmy Rossum takes on a Hollywood icon in Peacock’s ‘Angelyne’