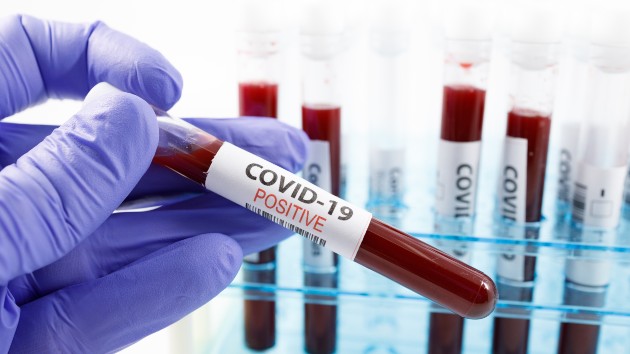 Ovidiu Dugulan/iStockBy JON HAWORTH, ABC News(NEW YORK) — The novel coronavirus pandemic has now killed more than 658,000 people worldwide.Over 16.6 million people across the globe have been diagnosed with COVID-19, the disease caused by the new respiratory virus, according to data compiled by the Center for Systems Science and Engineering at Johns Hopkins University. The actual numbers are believed to be much higher due to testing shortages, many unreported cases and suspicions that some governments are hiding or downplaying the scope of their nations’ outbreaks.The United States has become the worst-affected country, with more than 4.3 million diagnosed cases and at least 149,234 deaths.Here is how the news is developing Wednesday. All times Eastern:

4:25 a.m.: McAllen, Texas Convention Center will be used to treat coronavirus patientsTexas Gov. Greg Abbott announced Tuesday that the McAllen Convention Center would be transformed into a temporary medical facility to treat coronavirus patients.Abbott visited the Rio Grande Valley on Tuesday to survey damage caused by Hurricane Hanna and meet with local leaders — who are contending with both hurricane damage and the coronavirus pandemic.”And if there’s one thing that I want to emphasize to everyone in the Rio Grande Valley it is this: This hurricane has not eliminated COVID-19,” Abbott said.Abbott announced several major steps designed to assist the Valley, including:

The McAllen Convention Center will be transformed into a temporary medical facility to treat coronavirus patients. The convention center’s maximum capacity will be 250 patients, Abbott said.

The U.S. Department of Defense will deploy additional medical teams to the Valley. A U.S. Army Reserve unit arrived in Cameron County on Tuesday to assist local hospitals.

3:07 a.m.: 73 COVID cases in Illinois traced to July 4 partiesSeventy-three people are now part of a COVID-19 outbreak in Lake Zurich which has been traced back to several Fourth of July gatherings, health officials said.The outbreak was first detected in a group of Lake Zurich High School students earlier in July. Lake County, Illinois, health officials said contact tracing has now led them to believe the infections stem from multiple July 4 parties, and was not the result of a super spreader event.”We have identified multiple smaller gatherings where COVID-19 infections occurred,” said Hannah Goering, Lake County Health Department.The outbreak was detected on the first day of an athletic camp scheduled to take place at Lake Zurich High School, when several students tested positive during an initial health screening. The camp was cancelled, and a mobile testing unit was sent to the high school for several days. Free testing was offered to those in the area.”At least half of the cases are Lake Zurich High School students, but there are also parents and family members and people from other community members tied to this outbreak,” Goering said.County officials said during this process they’ve had some trouble with contact tracing, as many people have either ignored messages, delayed responding, or simply didn’t pick up the phone. They said they really need anyone who is contacted by a tracer because of possible exposure to COVID-19 to take the call seriously and get themselves tested as soon as possible.

2:06 a.m.: FEMA says the COVID-19 death toll is surgingAn internal FEMA memo obtained by ABC News reports that new cases are going down but deaths are surging.In the seven days ending Monday, new cases nationwide have decreased 0.6% from the previous week but that time period also saw a 30.1% increase in deaths from the disease and deaths have been increasing steadily in recent days.

1:59 a.m.: Alaska requiring all visitors to have negative COVID-19 result within 72 hours prior to arrivalAlaska Gov. Mike Dunleavy announced Tuesday evening that all visitors to the state will have to present a negative result on a COVID-19 test performed within 72 hours prior to arrival. The policy goes into effect on Aug. 11.Testing will no longer be available for non-residents when they arrive and residents can still be tested when arriving at the airport”If you are going to other countries you require shots so we are not trying to make this difficult when you come here. We just want to make sure we are taking care of Alaskans first,” said Alaska Governor Mike Dunleavy during a press briefing.12:28 a.m.: Pence held call with governors, Fauci was a participantVice President Pence held his usual weekly call with governors Tuesday.A readout of the call reveals that Dr. Anthony Fauci was part of Tuesday’s discussion, the day after he came under attack from the president on Twitter.President Donald Trump insisted Tuesday that he has a good relationship with Fauci despite his tweets undermining him but also complained that Fauci’s approval ratings are higher than his own.At the end of the readout, the administration includes this roundup of statistics as a demonstration of the volume of work the administration has done: “Since January 2020, the Trump Administration has led over 325 briefings — including 31 governors’ briefings — with over 152,000 State, local, and Tribal participants.””Dr. Fauci reminded governors that universities that receive Federal funding, including funding from the National Institutes of Health, can take the burden off of commercial labs by focusing pooled testing resources on surveillance,” the statement read. “Dr. Fauci and Admiral Giroir pressed governors to encourage those colleges and universities in their states that receive such funding to begin such testing.””Ambassador Birx thanked the governors of Indiana, Kentucky, Ohio, Tennessee and Virginia for their time during her recent travel and recapped the findings from those discussions and recent data analysis. Ambassador Birx also highlighted efforts by states to encourage social distancing and the use of cloth face coverings when social distancing cannot be maintained, and to increase outdoor dining capacity,” it continued. Copyright © 2020, ABC Audio. All rights reserved.

What is Operation Lone Star? Inside Texas’ state border policy