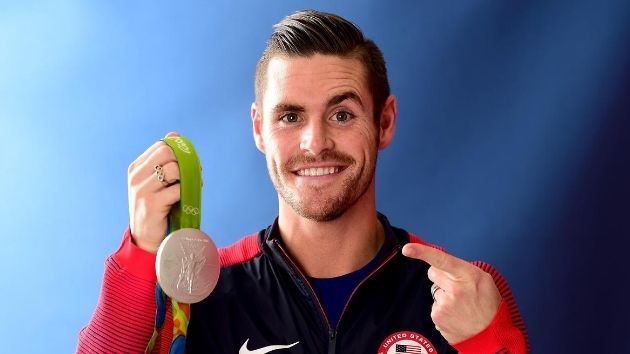 Harry How/Getty Image(LOS ANGELES) — The new HBO Sports documentary The Weight of Gold talks to Olympic athletes about the deep, dark mental health struggles many of them face when they’re not competing. Ahead of tonight’s premiere, Gold medal winning diver David Boudia dished to ABC Audio that this project provides a different perspective than the highlight reels that most are used to seeing.

“It goes through the process of what exactly’s not shown on those huge NBC highlights, the picture perfect TV spots, but what exactly does Olympian go through?” he explained.

“There’s a lot of athletes on here that are super vulnerable,” the 31-year-old continued. “I just think of Gracie Gold and Apollo Ohno and Lolo Jones who are saying the athletic world — it’s like a conveyor belt.”

One of the struggles discussed in the hour-long film is the difficulty some Olympians have finding their purpose and learning how to navigate life after their athletic careers.

Boudia explained, “…We put all of our eggs in this Olympic basket. And once the Olympics is done, it’s like the rug pulled out from underneath you. And you don’t know how to function in life.”

The big take-away that Boudia hopes audiences learn from The Weight of Gold is that, “Olympians aren’t just this hot commodity where like, give me something out of your success and then dump them off to the side. But, you know, continue to support them, continue to love them on their journey, whether it’s in the spotlight or not.”

“And don’t just be a fan at the Olympic Games,” he added. “But continue to encourage and support them outside of that as well.”