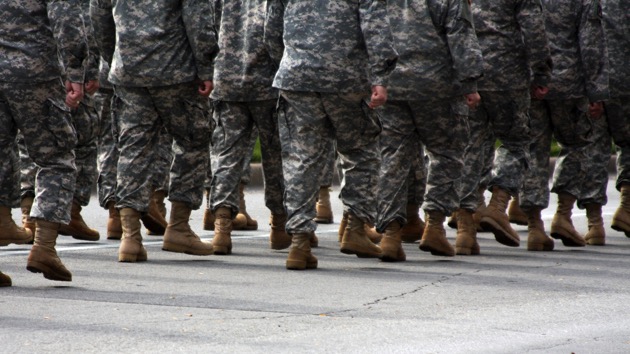 33ft/iStockBy LUIS MARTINEZ, ABC News(WASHINGTON) — The United States is removing nearly 12,000 American troops from Germany and will move the headquarters of U.S. European Command from Germany to Belgium in a major repositioning of forces intended to increase the deterrence of Russia by rotating troops to other NATO countries in Europe.Returning to the United States will be 6,400 of troops while another 5,400 will be moved to other locations in Europe that already house American troops, and troops from the U.S. will rotate into locations in southeastern Europe — strengthening NATO’s presence in that part of the region.”The alliance will be all the better and stronger,” Defense Secretary Mark Esper said in announcing the changes at a Pentagon news conference on Wednesday.Esper announced that 11,900 U.S. military personnel will leave Germany, reducing the number of American troops from 36,000 to 24,000.”Nearly 5,600 service members will be repositioned within NATO countries and approximately 6,400 will return to the United States, though many of these or similar units will begin conducting rotational deployments,” said Esper.The troop moves will include moving the headquarters of U.S. European Command from Stuttgart, Germany, to Belgium.”This will strengthen NATO and improve the operational efficiency and readiness of over 2,000 service members in these headquarters,” said Esper.Nearly 4,500 soldiers from the Army’s Second Cavalry Regiment, an armored Stryker unit, will return to the United States, but other Stryker units will rotate to the Black Sea region of Eastern Europe.Esper said the move would give the United States “a more enduring presence to enhance deterrence and reassure allies along NATO’s southeastern plank.”Also boosting the presence in southern Europe, Esper said that an F-16 unit would be repositioned to Italy, where Aviano Air Base already is home to other F-16 units.The Army’s newly established Fifth Corps headquarters will also be moved to Poland.While some of the moves could begin quickly, a senior Defense official told reporters that the whole process could take years as some construction will have to be undertaken stateside and overseas to accommodate the movement of forces.The Pentagon is framing the troop reduction in Germany in the context of improving the deterrence of Russia in Europe, but President Donald Trump’s displeasure with Germany not contributing 2% of its Gross Domestic Product (GDP) toward its defense, a goal of NATO countries.In June, Trump issued guidance to the Pentagon to carry out a troop reduction in Germany, a move that surprised allies.On Wednesday, before departing for a trip to Texas, Trump once again criticized Germany for not meeting the NATO defense spending goal.”We’re reducing the force, because they’re not paying their bills. It’s very simple. They’re delinquent. Very simple,” Trump said, seeming to link Germany’s defense spending with the decision to move the troops out of the country.”I think Germany is the wealthiest country in Europe, Germany can and should pay more to its defense,” said Esper, reiterating his previous stance on the subject of Germany’s defense spending levels. “It should certainly meet the 2% standard and I would argue go above and beyond that.””I’ve said that very publicly. I’ve said that very privately to my counterparts, as well about the importance of NATO, and the alliance, sharing the burden, so we can all deter Russia and avoid peace in Europe,” said Esper.”The President’s directive in June accelerated that, and I think we are we are excited about where we’re going and what it will mean in terms of our ability to enhance returns strengthen the alliance in the process,” he said.Copyright © 2020, ABC Audio. All rights reserved.