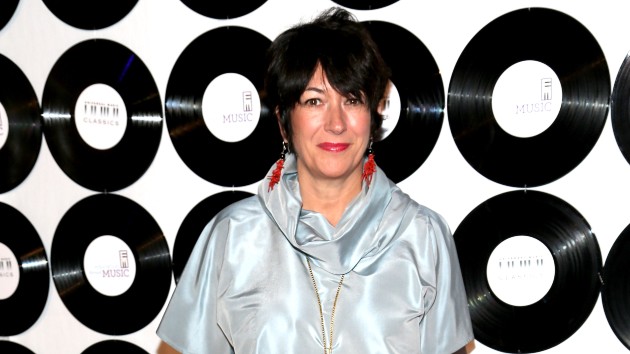 Paul Zimmerman/WireImageBy JAMES HILL, ABC News(NEW YORK) — Dozens of previously sealed court documents from a now-settled civil lawsuit against Ghislaine Maxwell are expected to be publicly released in the coming days, igniting a fresh round of speculation about what details the records might contain about Jeffrey Epstein’s alleged child sex-trafficking operation and about Maxwell’s alleged role in the conspiracy.Interest in the court records has only intensified in the aftermath of Maxwell’s indictment earlier this month on charges accusing her of enabling and, in some instances, participating in the sexual abuse of three minor girls in the mid-1990s. Maxwell has pleaded not guilty to the charges and is being held without bond while she awaits a trial next year.Maxwell’s lawyers are still fighting to halt the release of some documents, asking Senior U.S. District Judge Loretta Preska to reconsider her ruling or — alternatively — to delay the release of the documents pending an appeal.In a letter to the court on Wednesday, Maxwell’s attorneys contended that she was set up in a “perjury trap” by federal prosecutors and lawyers for an alleged victim of Epstein and Maxwell.The letter suggested — without direct evidence — that sealed portions from Maxwell’s depositions in the case were leaked to the government, who then charged her with two counts of perjury for alleged false statements in her testimony. Prosecutors declined to comment on the allegation.Preska denied Maxwell’s motion but agreed to a two-day reprieve for Maxwell to appeal the unsealing decision. As a result, some documents will be unsealed Thursday and others as soon as Monday, unless the appeals court acts before then.The court papers — potentially running into the thousands of pages — come from a defamation lawsuit filed in 2015 against Maxwell by Virginia Giuffre, who alleged that Maxwell recruited her as a 16-year-old into a life of sexual servitude to Epstein. She also accused Maxwell and Epstein of directing her, between 2000 to 2002, to have sex with a number of their prominent associates, most famously Britain’s Prince Andrew.Maxwell and all the men accused by Giuffre, including the prince, have denied the allegations.The sealed court filings contain the names of hundreds of people — some famous and some not — who socialized, traveled or worked with Epstein over the span of more than a decade. Epstein, a registered sex-offender, was found dead last August in an apparent suicide in his jail cell while awaiting trial on federal sex trafficking charges. The late financier has previously been linked to a host of high-profile business leaders, scientists, royals and politicians.Giuffre and Maxwell reached a confidential settlement just days before a scheduled trial in 2017, leaving behind a court docket littered with sealed and redacted records inaccessible to the public and the press. A substantial majority of the non-public court records were kept private by both sides of the dispute under a court-approved confidentiality order.The non-public records also include the identities of people who provided information in the case under an expectation of confidentiality, plus the names of alleged victims and individuals accused of enabling Epstein or participating in the abuse, according to public portions of the court record.

A fight for transparencyIn April 2018, the Miami Herald intervened in the closed case, filing a motion to unseal the court records. Giuffre and her attorneys then joined the Herald in arguing for near-total disclosure, while Maxwell’s lawyers advocated for keeping the vast majority of the documents sealed.Last year, a federal appeals court in New York granted the Herald’s motion in part, releasing about 2,000 pages of previously-sealed documents, including limited excerpts from sworn testimony of Maxwell and Giuffre, who each sat for multiple depositions prior to the settlement. The appellate court then sent the case back to the trial court to decide what to do about the rest of the sealed documents.The sheer volume of the remaining sealed and redacted filings in the case, and the hundreds of individuals whose names appear in the court record, resulted in months of disputes over a protocol for reviewing the documents and notifying non-parties whose names would become public as documents are unsealed.Preska, who inherited the case following the death of the original trial court judge Robert Sweet, eventually settled on initiating the process to review the documents in stages.The unsealing of the first cache of documents comes with exceptions for medical records, personally identifying information such as addresses and social security numbers, and for the identities of alleged minor victims. That information will remain redacted.And, for the time being, records will be unsealed only as they relate to the first two of the hundreds of non-party “John Does” whose names appear in the records. (“John Doe” is the generic name given to all the non-parties. It does not mean that all the people are men.)Those two people, referred to as John Does 1 and 2 in the record, received notice in May that their names could become public. Neither responded. The unsealing of the remainder of the names won’t happen until each is notified and given an opportunity to object — a process that could take many more months.

‘Extremely personal, confidential’ testimonyIncluded in the first batch of court documents reviewed by Preska are filings and exhibits associated with Maxwell’s first seven-hour deposition in April of 2016. Giuffre’s lawyers subsequently went to the judge in May 2016 seeking a court order to compel Maxwell to respond to questions she declined to answer.Maxwell’s attorneys have described these documents, which include multiple excerpts of her testimony, as containing “intrusive questions about her sex life,” and contended that Giuffre’s lawyers “extensively, selectively, and misleadingly” quote from Maxwell’s deposition.”The subject matter of these [documents] is extremely personal, confidential, and subject to considerable abuse by the media,” wrote Maxwell’s attorney, Jeffrey Pagliuca, in June.Giuffre’s lawyer, Sigrid McCawley, argued that public interest in the case “weighs in favor of unsealing Maxwell’s deposition, not against it.””Maxwell’s objection is a blatant attempt to stall the unsealing process by creating unjustified obstacles and inducing this Court into a pattern of delay that will ensure the documents in this case, which are clearly subject to a presumption of public access, never see the light of day,” McCawley wrote.Other exhibits to these filings include summaries of flight logs kept by Epstein’s pilots, portions of police reports and other documents concerning the person identified as “John Doe 1.”Though Maxwell argued that release of these records would cause her undue embarrassment and annoyance, Preska ordered the documents partially unsealed, with names of non-parties other than John Does 1 and 2 remaining sealed, pending notification.”In her first deposition … Ms. Maxwell refused to testify as to any consensual adult behavior and generally disclaimed any knowledge of underage activity,” Preska said during a hearing on July 23. “In the context of this case, especially its allegations of sex trafficking of young girls, the Court finds that any minor embarrassment or annoyance resulting from disclosure of Ms. Maxwell’s mostly non-testimony about behavior that has been widely reported in the press is far outweighed by the presumption of public access.”Emails between Maxwell and Epstein in 2015Another group of documents set to be partially unsealed concern an effort by Giuffre’s lawyers to get court approval to take additional witness depositions and an extension of time in order to complete them.Maxwell sought to keep these records sealed, too. Her lawyers argued that Giuffre’s team had used this routine court filing to gratuitously attach as exhibits the entire transcript of a witness deposition and the full text of Maxwell’s 418-page testimony of April 2016.”These pleadings concern what should have been a straightforward request by [Giuffre] to exceed the presumptive 10 deposition limit set by the Court,” Maxwell’s lawyers argued. “It was not. Instead of simply asking to exceed the presumptive limit, [Giuffre] felt the urge to pack the record with deposition testimony subject to the protective order and references to multiple non-party Does.”But Preska was unpersuaded and ordered the filings unsealed, subject to the continued redactions of non-party names.The judge also ruled that an exhibit containing communications between Maxwell and Epstein from January 2015 would be unsealed. Based on previous court records in the case, Maxwell and Epstein exchanged at least seven emails in the weeks following a court filing by Giuffre containing the allegations that she had been directed to have sex with several of their prominent associates. Copyright © 2020, ABC Audio. All rights reserved.