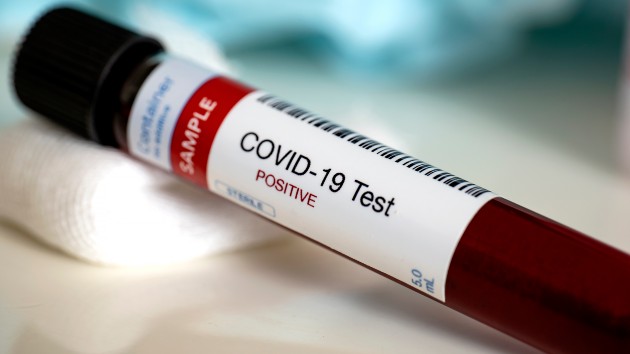 Myriam Borzee/iStockBy JON HAWORTH and EMILY SHAPIRO, ABC News(NEW YORK) — The novel coronavirus pandemic has now killed more than 667,000 people worldwide.Over 17 million people across the globe have been diagnosed with COVID-19, the disease caused by the new respiratory virus, according to data compiled by the Center for Systems Science and Engineering at Johns Hopkins University. The actual numbers are believed to be much higher due to testing shortages, many unreported cases and suspicions that some governments are hiding or downplaying the scope of their nations’ outbreaks.The United States has become the worst-affected country, with more than 4.4 million diagnosed cases and at least 150,733 deaths.

10:30 a.m.: Herman Cain dies after battle with COVID-19Former Republican presidential candidate Herman Cain has died, his website said Thursday morning, nearly one month after his coronavirus diagnosis was announced.A spokesperson for Cain said on Monday that he remained hospitalized and was being treated with oxygen for his lungs.”The doctors say his other organs and systems are strong,” the spokesperson added.Cain’s hospitalization was announced on July 2. Cain, a Black Voices for Trump co-chair, attended President Donald Trump’s June 20 rally in Tulsa.Cain was 74.

10 a.m.: 33% increase in cases among Tennessee’s kidsTennessee has experienced a 33% jump in coronavirus cases among children in the last 10 days, ABC Memphis affiliate WATN reported.And in some parts of rural west Tennessee, cases among kids have surged by more than 100%, WATN reported.Tennessee Gov. Bill Lee said at a news conference Tuesday that reopening schools for in-classroom learning is the “best option” and “planned delays should be reserved for the most extreme situations,” The Tennesseean reported.

9:10 a.m.: NJ sees 112% increase in cases, deaths double in Atlanta areaAn internal FEMA memo obtained by ABC News highlights a surge in New Jersey and a doubling death toll in the Atlanta area. New Jersey saw 2,066 new coronavirus cases in the last week (ending July 27) — a 112% increase from the week prior, the memo said.Beach town Long Beach Island reported 35 cases linked to social gatherings among lifeguards, the memo said. And in nearby Connecticut, 943 new cases were reported for the week ending July 27 — a 77.9% increase from the week prior. People under the age of 30 made up 40% of those new cases, the memo said.Meanwhile in Georgia, the number of new COVID-19 deaths in the last week nearly doubled in the Atlanta-Sandy Springs area. The week ending July 20 saw 71 deaths while the week ending July 27 brought 139 deaths, the memo said.In some parts of Georgia, some patients were forced to wait in ambulances because of the surge in COVID-19 patients, the memo said. In Alabama, new cases are increasing despite a 28.3% decrease in new tests administered, the memo said. As of Monday, only 12% of Alabama’s ICU beds were available. A record high number of ICU beds were filled, with 496 COVID-19 patients in intensive care units.