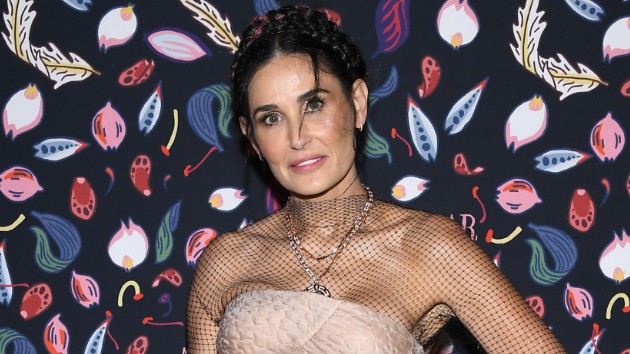 Pascal Le Segretain/Getty Images(LOS ANGELES) — Demi Moore has learned a lot during her 57 years of life — one of those things being how to heal after a breakup.

The Ghost actress recently appeared as a guest on SiriusXM’s The Jess Cagle Show and got candid when asked about healing after failed marriages, according to People.

Moore, who was previously married to Ashton Kutcher, Bruce Willis, and Freddy Moore, explained, “I think it’s a process of, not to sound cliche, but it’s really a process of learning to love yourself, accepting who you are just as you are.”

“For me, I changed myself over and over to fit what I thought somebody else wanted,” she admitted.

The mother of three added that, despite the demise of her marriages, “Working through a relationship is really commendable in our disposable times. To go through the journey of really honoring the love that brought you together in the first place, and to really give it all you’ve got, but you can’t do that without that love and acceptance of yourself.”

President Trump says he approved TikTok deal with Walmart, Oracle in ‘concept’
Ruth Bader Ginsburg to be honored with statue in Brooklyn, her birthplace: Cuomo
Trump calls on Senate Republicans to act ‘without delay’ on SCOTUS pick
Ex-workers sue Kroger, claiming they were fired for refusing to wear rainbow symbol
US sends Bradley Fighting Vehicles to Syria to boost security for troops following Russian encounter
DHS whistleblower may not appear before Congress next week, lawyer says