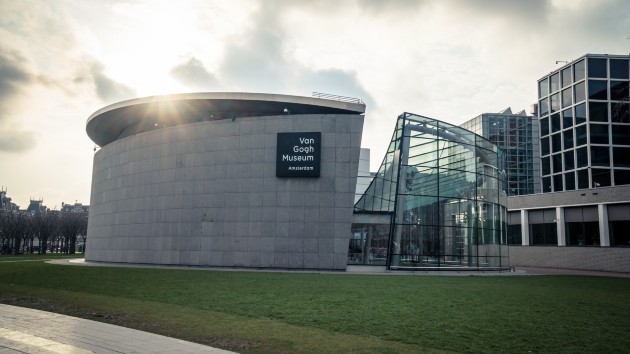 Alihan Usullu/iStockBy IBTISSEM GUENFOUD, ABC News(PARIS) — One hundred and thirty years after the death of Vincent Van Gogh, a researcher with the Van Gogh Institute has made a discovery in an old postcard that sheds new light on the famous Dutch painter’s final hours — and perhaps even his suicide.Wouter van der Veen was under coronavirus lockdown in Strasbourg, France, when he stumbled across a faded postcard of a village outside Paris.”Like a lot of people did during lockdown, I was tidying up a series of postcards that I had scanned,” Van der Veen told ABC News.One postcard showed a rural road in the village of Auvers-sur-Oise, where Van Gogh was known to have spent his final days. On a hill beside the road were several trees with a series of tangled roots.”I look at my screen and it clicked,” Van der Veen said.Van Gogh’s last painting, Tree Roots, was painted in the final hours of his life and now sits in the collection of the Van Gogh Museum in Amsterdam. Nobody knew where the work had been painted — but when Van Der Veen looked at the postcard he immediately saw the resemblance. The roots in the postcard appeared to be the same ones in Van Gogh’s vaunted last work.Two experts from the museum — including a dendrologist specializing in historical trees — investigated the discovery and determined that the location pictured in the postcard was “highly likely” to be the one in the painting.”On closer observation, the overgrowth on the postcard shows very clear similarities to the shape of the roots on Van Gogh’s painting,” said Teio Meedendorp, senior researcher at the Van Gogh Museum. “That this is his last artwork renders it all the more exceptional, and even dramatic.”The postcard had come from a private collection of four albums owned by a 94-year-old woman living in Auvers-sur-Oise.For researchers as well as amateur art lovers, the discovery casts new light on the final hours before the painter, who was prone to psychotic attacks, shot himself in the chest.”We did not know what happened between that morning and his suicide around 8 p.m.,” said Van der Veen. “In this vacuum have been thrown a lot of theories.”Now, based on the newly-discovered location of the painting, experts say that the light in the painting is characteristic of the day’s end, meaning that Van Gogh worked until an hour or two before his suicide.According to Van Der Veen, this is enough to say that the artist’s suicide was not a mindless act.”He was working on a complex subject, which required his full attention. He wasn’t getting drunk, or in a fit of madness,” said Van Der Veen. “On the contrary, he was working on a painting on the theme of life and death.”In a press release, the Van Gogh museum announced that from now on, those who visit France to follow in the footsteps of Van Gogh “can stand at the exact place where Van Gogh’s paint brush last touched the canvas.”Copyright © 2020, ABC Audio. All rights reserved.