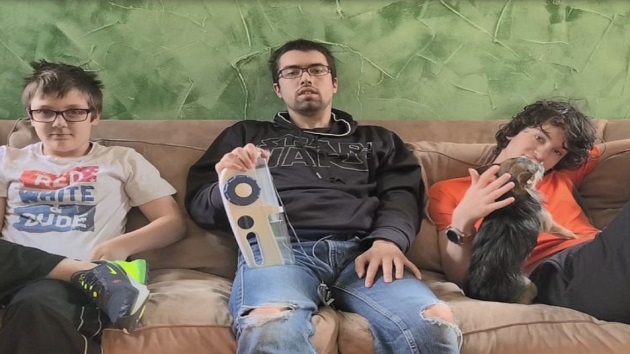 ABC NewsBY: DEVIN DWYER(NEW YORK) — As coronavirus cases surge across the U.S., more than 30 states now require people to wear face masks in public. Several states even mandate masks while exercising outdoors.The orders have triggered a wave of backlash and bogus claims about legal and medical exemptions. But medical experts tell ABC News Live that people with concerns about masks should talk with their doctors because in nearly all cases — even those with autism, PTSD or chronic lung disease — wearing a face covering makes most medical sense and will not cause harm. “It’s unfortunate,” Dr. John Brownstein, an epidemiologist at Boston Children’s Hospital, told ABC News Live about people claiming they can’t wear masks. He said it’s “the same as people putting a handicap sticker on their car and using a spot that was designated for someone else.”Doctors say people with neurodevelopmental disorders, like autism, can experience intense anxiety when forced to wear face masks but that it can be overcome through practice, mask modifications and therapy.”It’s the responsible thing to do,” said Rob Gorski, a single father of three autistic sons in Canton, Ohio. “I know that my kids — it wasn’t easy. But I’m telling you, like, if my kids can do it, all these people out here who are, who are complaining about it being uncomfortable, they don’t have a leg to stand on.”Gorski said training his sons to get comfortable with masks took creativity.”They tried at first and then it was too uncomfortable,” he said. “Too itchy. And so what we would do is we would just practice. Like I would go for a drive just to get out of the house, and I would have them wear the mask.”Children under 2, anyone unconscious or incapacitated and people who have trouble breathing should not wear face masks, according to the Centers for Disease Control and Prevention. But medical experts say most of those people probably shouldn’t be out in public anyway. And, they say, individuals with chronic conditions like asthma or chronic obstructive pulmonary disease (COPD) are not at heightened risk from wearing a mask, unless they are in active respiratory distress.”If an individual has advanced lung disease that, for example, they’re already on supplemental oxygen at home, especially if they’re also considered somebody who retains carbon dioxide, that’s probably the highest risk group to then put a mask on them and have them breathe through it for any period of time,” said Dr. Albert Rizzo, chief medical officer with the American Lung Association.The American Lung Association and other top lung health groups are encouraging people who want an exemption from mask mandates to weigh their concerns against societal needs to mitigate spread of the virus.The groups also reject claims that face masks harm the lungs by dangerously reducing oxygen intake and retaining harmful carbon dioxide gas.”These materials are designed to restrict small particles, not to restrict gas exchange,” Rizzo said. “Oxygen and carbon dioxide are much smaller molecules than the actual viral particles. So again the science doesn’t seem to support significant retention of CO2.”Studies have shown a slight drop of oxygen in health care workers who use these for hours at a time — and yes, there are some headaches noted — but the oxygen drop is minimal, he said.The nation’s top infectious disease expert, Dr. Anthony Fauci, echoed that point in a recent Facebook Live interview.”There has not been any indication that putting a mask on and wearing a mask for a considerable period of time has any deleterious effects on oxygen exchange or anything like that. Not at all,” he said.Most Americans — nearly 90% in a recent ABC News/Washington Post poll — say they regularly wear a face covering when leaving home. Only one in 10 still choose to go mask-free.Some mask opponents have been invoking the Americans with Disabilities Act (ADA) to defend non-compliance with local mask mandates.The ADA, which was signed 30 years ago this week, requires businesses to “reasonably accommodate” people with disabilities and medical conditions — but not at the expense of public health.Clarifying claims around the law circulating on social media, the Justice Department says it “does not provide a blanket exemption to people with disabilities from complying with legitimate safety requirements necessary for safe operations.”

This is an example of a card being distributed in Maine, claiming that the bearer is exempt from face mask requirements under the Americans with Disabilities Act. These documents are not issued or endorsed by @TheJusticeDept. Actual ADA info: https://t.co/5syNOfJaGq pic.twitter.com/YFxeUgkL9j