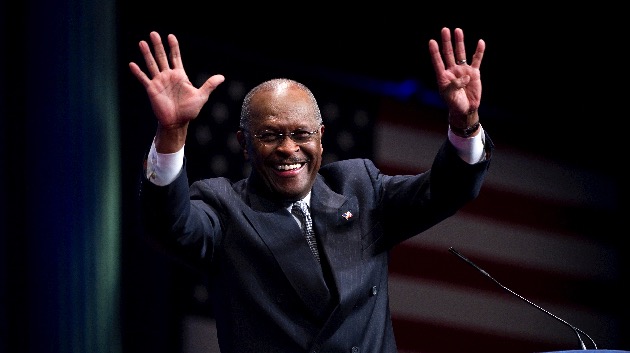 (ATLANTA) — Herman Cain, American businessman and former Republican candidate for president, has died after being hospitalized with COVID-19 for nearly a month, according to a post on his personal website and a source close to the White House to ABC News.”You’re never ready for the kind of news we are grappling with this morning. But we have no choice but to seek and find God’s strength and comfort to deal with it,” staffer Dan Calabrese wrote in an obituary posted on HermanCain.com Thursday. “Herman Cain — our boss, our friend, like a father to so many of us — has passed away.””Although he was basically pretty healthy in recent years, he was still in a high-risk group because of his history with cancer,” the post continues. “We knew the time would come when the Lord would call him home, but we really liked having him here with us, and we held out hope he’d have a full recovery.”Cain, 74, was hospitalized in Atlanta with the coronavirus on July 1, 11 days after he attended President Donald Trump’s indoor rally in Tulsa, Oklahoma, on June 20. He was photographed there inside the arena without a mask sitting with a group of other Trump campaign surrogates.When Cain’s team confirmed the news of his hospitalization on Twitter, they noted: “There is no way of knowing for sure how or where Mr. Cain contracted the coronavirus.”A spokesperson for Cain said on Monday that he remained hospitalized and was being treated with oxygen for his lungs.”The doctors say his other organs and systems are strong,” the spokesperson added at the time.The former pizza company executive was the frontrunner in the 2012 race for the Republican presidential nomination for roughly a month with an agenda he called the 9-9-9 plan to simplify the tax code.Another former Republican candidate for president, Sen. Mitt Romney, R-Utah, was among the first to express his condolences on social media and noted Cain’s catchphrase.

Saddened that Herman Cain—a formidable champion of business, politics and policy—has lost his battle with Covid. St. Peter will soon hear “999!” Keep up the fight, my friend.

White House Press Secretary Kayleigh McEnany tweeted out her condolences.”Herman Cain embodied the American Dream and represented the very best of the American spirit,” she wrote.Cain was born in 1945 in Memphis, Tennessee, and raised in Atlanta by two working-class parents. He graduated from Morehouse College in 1967 with a bachelor’s degree in mathematics and earned a master’s degree in computer science from Purdue University four years later.During his studies, he served as a mathematician at the U.S. Department of the Navy.David A. Thomas, the president of Morehouse College, offered his condolences, saying, “He was a philanthropist, a successful business executive, a political activist, a media personality, a caring father, and a son of Morehouse who graduated in 1967. Our hearts and prayers are with the Cain family.”Cain entered the corporate world and climbed the professional ladder at several companies including Coca-Cola, Pillsbury and Burger King. In 1986, he was appointed the CEO of Godfather Pizza and quickly turned the failing chain into a profitable business.In 1993, Cain rose to the political spotlight during a town hall meeting with President Bill Clinton over health care. He argued with the president over a health care mandate, contending it would cost jobs and hurt businesses.”Mr. President, with all due respect, your calculation on what the impact would do, quite honestly, is incorrect,” he said.Cain left the Godfather Pizza in 1996 and became the president and, later, CEO of the National Restaurant Association, where he lobbied with congressional lawmakers. He served as an economic adviser during the 1996 Bob Dole presidential campaign and remained close with Republicans.Cain launched two unsuccessful presidential runs in 2000 and 2004. In 2006, he was diagnosed with stage IV liver and colon cancer, but he said in 2007 he was cancer-free.In 2012, he made another attempt at the White House and gained momentum among potential GOP voters.A Quinnipiac University poll released at the end of October 2011 had him leading the GOP candidates by seven points. It was around this time that several women came forward with sexual harassment allegations that dated back to the ’90s. While Cain denied all of the allegations, his poll numbers slipped and he suspended his campaign that December.He remained an active figure in GOP politics following his campaign and served as a pundit on Fox News and other programs. Last year, Trump said he was considering Cain for a seat on the Federal Reserve, but Cain withdrew.A co-chair of Black Voices for Trump, Cain became an outspoken advocate for the Republican Party and Trump in recent years.Cain is survived by his wife, Gloria, who he married in 1968, two children and several grandchildren.Copyright © 2020, ABC Audio. All rights reserved.