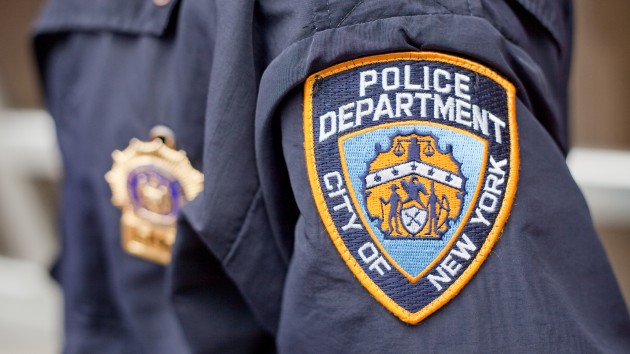 tillsonburg/iStockBy CATHERINE SANZ, ABC News(NEW YORK) — Authorities in New York City are ramping up efforts to crack down on massive parties and other large gatherings as more videos pop up on social media showing mask-less revelers flouting the rules.The city’s Phase 4 regulations forbid indoor gatherings of more than 50 people, and say that anyone who attends a properly sized event must adhere to health department guidelines on social distancing and mask-wearing. Video evidence has shown many ignoring the mandates, resulting in additional warnings and the revocation of dozens of liquor licenses, authorities said.The Office of the New York City Sheriff, which has taken the lead on enforcing social distancing guidelines, is responding to tips from the public on parties believed to violate COVID-19 measures.One such tip led to authorities busting up what they say was a sex party of about 30 people in Midtown Manhattan on Friday. The person who allegedly coordinated the event is expected in court soon, authorities said. Deputies also upped enforcement in Queens earlier this month after they say crowds were seen drinking and partying along Steinway Street.Gov. Andrew Cuomo shared a video on Twitter on Monday night of a charity concert in the Hamptons that appeared to be in breach of social distancing rules.”We have no tolerance for the illegal and reckless endangerment of public health,” he wrote.

Organizers claimed in promotional material prior to the event that it would abide by all COVID-19 emergency orders. An investigation is underway.Cuomo on Tuesday said that 45 businesses, including 12 New York City bars, have had their liquor licenses revoked for “egregious violations” of COVID-19 executive orders since he threatened to yank licenses on June 18 to incentivize compliance with his emergency orders.The New York State Liquor Authority issued more than 130 COVID-19-related violations on July 24-26, which can carry fines of up to $10,000. This brought the total number of pandemic-related charges to 503.After a least a dozen social media posts surfaced advertising yacht parties, a spokesman for Mayor Bill de Blasio’s office said it was working with boat companies to remind them of COVID-19 restrictions and will take action on those that defy the rules. Promoters of these parties promised in their social media posts to abide by all COVID-19 restrictions despite so many vessels featuring enclosed spaces where people could gather.Some private events companies have resorted to organizing “pop-up” parties, with locations disclosed at the last minute in an effort to avoid drawing too much attention.Event companies trying to flout COVID emergency orders have used Whatsapp and Telegram to communicate details of pop-up parties and advised people not to take pictures at events or upload social media posts that contained details of parties.Joe Fucito, the NYC Sheriff, told ABC News that many parties that they target were illegal because those who host them didn’t hold valid liquor licenses.”They were illegal activity before the COVID-19 pandemic, and violations of the mayor’s and governor’s orders in conjunction with the social event just compound the criminal activity,” he said. “Because of the fast-changing nature and location of the events, the Sheriff’s Office does not comment on criminal investigations, but we readily accept tips about these activities.”While there have been challenges to the COVID-19 emergency orders across the country, including a church in Nevada and bar owners in Texas, the restrictions imposed are justifiable from a legal standpoint, said Richard Briffault, a professor of state and local government law at Columbia Law School.Briffault said because there was a scientific basis behind limiting the size of gatherings the emergency orders should stand up in court unless there are allegations of targeted enforcement against certain groups of people.”These orders are pretty consistent with powers a governor or mayor has to take, steps to protect public health,” he told ABC News. “There is no fundamental right to party.”Copyright © 2020, ABC Audio. All rights reserved.