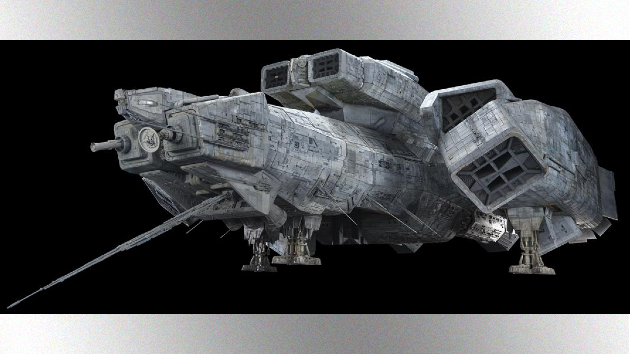 The ‘Nostromo’/Prop Store(LONDON) — If you’ve got a half million bucks burning a hole in your pocket, you could walk away with a piece of cinema history, thanks to an upcoming auction.

The UK-based company Prop Store has announced it will be putting a host of priceless props on the block, including the original 11-foot-long model of the Nostromo, the deep-space mining rig seen in 1979’s classic sci-fi film, Alien.

While that piece is expected to fetch anywhere from $300,000 to $500,000, PropStore’s Entertainment Memorabilia Live Auction will feature many other pieces of varying price points.

The event, which will be held August 26th and 27th, will see 850 props and costumes from Terminator 2, Back to the Future II, Star Wars, Men in Black and others up for grabs.

Brandon Alinger, Prop Store COO, calls the centerpiece, “one of the most significant and largest spaceships that we’ve ever handled,” adding, the Nostromo stands among spaceship icons like the Millennium Falcon and the Discovery from 2001 [A Space Odyssey]…”

Bids will be accepted both online and in person.  Check out the auction’s official website for more details.