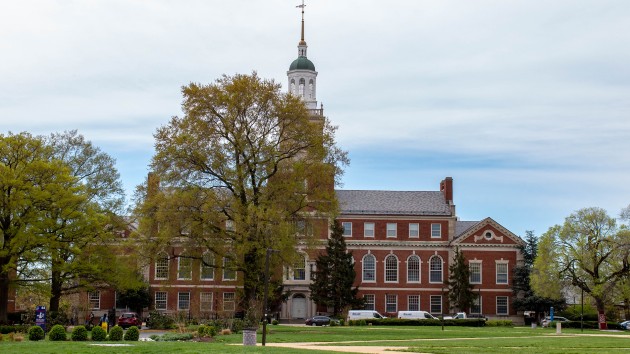 Kelvin Sterling Scott/iStockBy KIARA BRANTLEY-JONES, ABC News(NEW YORK) — Six historically Black colleges and universities received eight-figure donations all thanks to philanthropist Mackenzie Scott.Scott, the ex-wife of Amazon’s Jeff Bezos, granted millions of dollars to several HBCUs. Howard University, Xavier University of Louisiana, Hampton University, Morehouse College, Spelman College and Tuskegee University are all recipients of the generous donation.Last year, Scott pledged to give the majority of her wealth back to society and on Tuesday, she kept that promise by publishing a list of 116 organizations that she selected for transformative work. To date, she has collectively donated a massive $1.7 billion.”Like many, I watched the first half of 2020 with a mixture of heartbreak and horror,” wrote Scott in a Medium post on Tuesday. “Life will never stop finding fresh ways to expose inequities in our systems; or waking us up to the fact that a civilization this imbalanced is not only unjust, but also unstable. What fills me with hope is the thought of what will come if each of us reflects on what we can offer.”On Tuesday, four HBCUs announced that the generous donations they received were given by Scott. According to each respective university’s released statement, Howard University received $40 million, Hampton University, $30 million, Tuskegee University, $20 million and Spelman College, an undisclosed amount.Morehouse College also revealed in a statement on Wednesday that they received an “eight-figure gift” from Scott.Xavier University released a statement on Tuesday revealing that they received a massive $20 million gift from a donor who wished to remain anonymous. However, the university is listed as one of the 116 organizations in a published list on medium.com that received a donation from Scott.The executive board members from each university shared their excitement and gratitude for the record-breaking donations.Howard’s statement revealed that Scott, a former pupil of alumna Toni Morrison, gave “the largest gift from a single donor in school history.””I would like to thank Ms. Mackenzie Scott for her investment into Howard University and our 153-year mission of serving a diverse community of dynamic scholars who come here for an education and leave here with purpose to serve the world,” said President Wayne A. I. Frederick, M.D., MBA in a statement on Tuesday. “We plan to immediately put this eight-figure gift to good use to support components of our 5-year strategic plan to help students graduate on time, retain our talented faculty, enhance our campus infrastructure and support academic innovation and entrepreneurship.””This pure act of benevolence is clearly a game changer and it could not have come at a better time,” said Hampton University President Dr. William R. Harvey in a statement Tuesday. “I speak for the entire Hampton University community when I say we are grateful to Ms. MacKenzie Scott, who has chosen to support us during this unprecedented period of uncertainty.”Lily D. McNair, president of Tuskegee University, said in a statement Tuesday that Scott’s donation is “the largest single gift in the university’s history,” and it will be allocated to “focus on student scholarships, faculty and curriculum development, interdisciplinary programs and campus infrastructure improvements.””The gift will allow us to become the Tuskegee of the 21st century: a university that integrates knowledge, leadership and service to solve the problems of a global, modern society,” said McNair.Spelman College officials described Scott’s donation as a “magnanimous gift” that will bolster their educational plans for students.”These significant new resources will enable Spelman to continue to graduate Black women with a competitive edge to become successful global leaders and social justice change agents in whatever they choose as their life’s work. We are so very grateful,” said Mary Schmidt Campbell, Ph.D., president of Spelman.”MacKenzie Scott’s beneficent gift to Morehouse and several of our companion institutions in the HBCU network is an investment into the future of Black excellence,” said David A. Thomas, the president of Morehouse College, in a statement on Wednesday.”This gift will help Morehouse to lay the foundation for the campus of the 21st century and continue the important work we do to produce graduates who effect positive change in their communities, the nation, and the world,” Thomas stated.Xavier University released a statement on Tuesday saying that the gift is “the largest donation in its 95 years of excellence.””This gift is a pivotal development, ensuring that students have access to the exceptional education offered at Xavier,” university officials said.In addition to the six HBCUs, Scott also donated to various organizations including the Jackie Robinson Foundation, NAACP Legal Defense and Educational Fund, Black Girls CODE and the Obama Foundation.According to Scott’s blog post on Medium, she pledges to continue her philanthropic efforts and says doing so offers “an opportunity to invest our good fortune in change, no matter what form our good fortune has taken.”Copyright © 2020, ABC Audio. All rights reserved.

Interest in homeschooling spikes amid coronavirus pandemic
Baby in NICU sees parents’ faces for first time thanks to innovative masks
Texas couple has saved 68 lives and counting with plasma donations
Coronavirus updates: US records over 67,000 new cases in a single day
Rare props from sci-fi classics including ‘Alien’ and ‘Terminator 2’ hitting the auction block
Herman Cain, businessman and former GOP presidential candidate, dies from coronavirus at 74