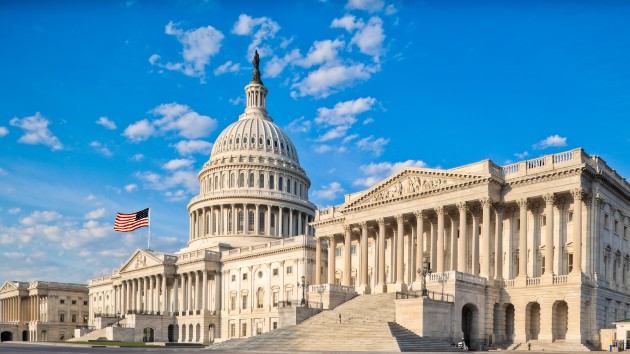 drnadig/iStockBy JOHN PARKINSON, ANNE FLAHERTY and STEPHANIE EBBS, ABC News(WASHINGTON) — The nation’s top infectious disease expert reflects on the coronavirus pandemic.Dr. Anthony Fauci and other top health officials told a House panel on Friday that novel coronavirus would “likely continue for some time” although they were optimistic the U.S. vaccine effort was on track.The hearing came as the number of new COVID-19 cases keep appearing at a worrisome pace. Cases rose above 60,000 on Wednesday — the highest daily tally in more than two months — when more than 1,400 Americans died from the virus.President Donald Trump has said previously that the virus will suddenly disappear. Fauci disputed that notion in his testimony, as well as suggestions that masks could contribute to infections.”I do not believe it would disappear because it is such a highly transmissible virus. It’s unlikely it is going to disappear,” Fauci said.

Fauci, the nation’s top infectious disease expert, was put on the defensive early in the hearing as Republican Jim Jordan mounted an aggressive campaign to try to discredit his recommendation that Americans avoid crowds.Jordan accused Fauci of playing politics with the guideline, which Jordan insisted has shut down churches but let protests grow unchecked.”I don’t judge one crowd versus another crowd,” Fauci told Jordan. “When you’re in a crowd, particularly if you are not wearing a mask, that increases the spread.””No limit to protests?” Jordan asked at one point.”I’m not going to opine on limiting anything,” Fauci said, noting his job was only to look at health recommendations. “I’m telling you what is the danger. You should stay away from crowds.”

The exchange took place amid the first congressional hearing since the Trump administration released revamped guidelines on schools that heavily favored returning students to the classroom — a suggestion that several of the nation’s school district ignored as they opted for virtual learning until states were able to get the virus under control.Fauci, who last testified before Congress on June 30, was joined during a hybrid in-person/remote hearing by two other leading officials from the White House Coronavirus Task Force: the Centers for Disease Control and Prevention’s director, Dr. Robert Redfield, and the assistant secretary for health at the Department of Health and Human Services, Adm. Brett Giroir.”As a grandfather of 11 grandkids and I want these kids back in school,” said the CDC’s Redfield.But in a joint statement, the government witnesses agreed the virus was here to stay for the time being.”While it remains unclear how long the pandemic will last, COVID-19 activity will likely continue for some time,” they wrote.On the vaccine, Fauci said he’s been assured personally by FDA Commissioner Stephen Hahn that politics won’t corrupt the process and that officials will stick to the science when evaluating and approving potential vaccine candidates.Fauci said he remains “cautiously optimistic” a vaccine will be available by the end of the year or early 2021, and noted it will be distributed in phases. Fauci said there would be no “reckless rushing.””I know to some people this seems like it is so fast that they might be compromising safety and scientific integrity, and I can tell you that is absolutely not the case,” Fauci said.Federal agencies will use committees of bioethicists screened for conflicts of interests and other issues to decide which groups, such as health care workers or the elderly, should be prioritized to recieve the vaccine first.”I don’t think that will have everybody getting it immediately in the beginning. Probably will be phased in, and that’s the reason why we have the committee is to do that prioritization of who should get it first,” he said.Copyright © 2020, ABC Audio. All rights reserved.