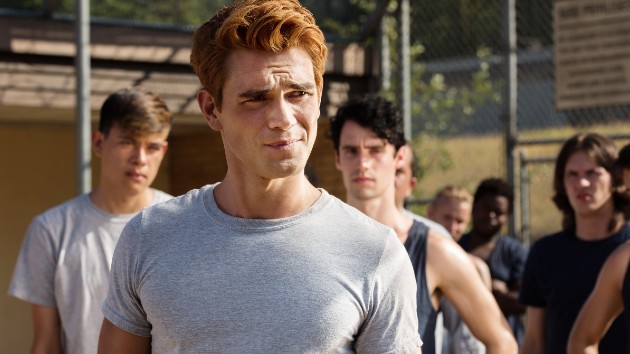 Dean Buscher(LOS ANGELES) — KJ Apa just can’t catch a break these days when it comes to getting injured.

The Riverdale star recently revealed that he received stitches in his head after attempting to do a stunt while on the set of the Michael Bay produced film Songbird — a romantic thriller due in theaters in 2021.

He first made note of his wound on Wednesday when he posted an Instagram photo of himself laughing as medical personnel handled the situation. In a second pic, he showed off the bloody collar of the T-shirt and captioned the post, “stunts.”

The 23-year-old actor further detailed the incident and gave a closer look at the injury in his Instagram Stories on Thursday.

“I split my head open yesterday,” he explained. “I don’t know if you guys can see that, but I have two stitches in there — metal stitches.”

The stitches are just the latest source of trauma for Apa. Back on July 19, he revealed that a shard of metal got stuck in his eyeball and shared the painful video footage of someone removing it.