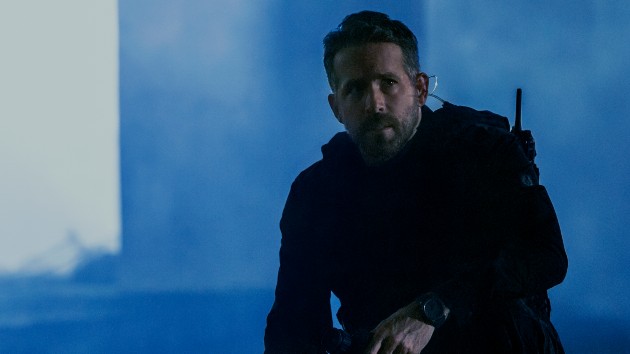 Netflix/Christian Black(LOS ANGELES) — Ryan Reynolds has just announced a program called the Group Effort Initiative, which “COVID-willing” will see him train 20 people of color to work on his next film project — on his dime.

The affable actor made the announcement via video, in which he explained that the effort, in partnership with Netflix and Skydance Productions, will train those people to work on film sets, with their pay, travel, and lodging coming from Reynolds’ salary.

“Making a film is a group effort, but for entirely too long that group has systemically excluded black, indigenous, people of color and several other marginalized communities,” the Deadpool series star and entrepreneur says, explaining that they will take submissions from applicants of all ages. “Because it’s never too late. I myself am way older than I appear on set, and so you’ll get to see what Ryan Reynolds really looks like,” he quipped as a picture of an elderly man wearing a Deadpool suit pops up above him.

The set in question is likely a time travel thriller for Netflix that Reynolds will make with his Free Guy director Shawn Levy.

The recruits will, “spend their days on set learning from professionals and getting real-life experience that they can then parlay into another job and another job and hopefully — if they’re not too disillusioned — a career in the film industry.”

Interested applicants are asked to go register at GroupEffortInitiative.com so they can be kept abreast as to when the application process begins.

Another one! DJ Khaled announces title of new album, ‘God Did’