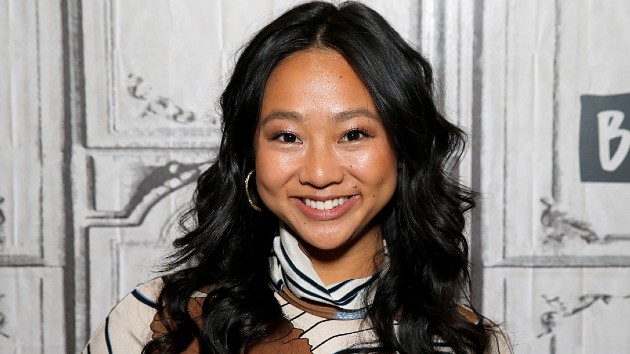 Dominik Bindl/Getty Images(LOS ANGELES) — Stephanie Hsu, who joined the cast of Amazon’s The Marvelous Mrs. Maisel as Mei Lin for its third season, says the Black Lives Matter movement has inspired her to stop “deleting” herself as Asian actress.

Hsu, who got her big break in 2017’s Spongebob Squarepants, the Broadway Musical, tells Entertainment Tonight, “It’s funny because this time in quarantine with everything that is happening — not only with COVID, but with Black Lives Matter and the way that the entertainment industry is responding — I’ve been really reckoning on an even deeper level with my relationship to race.”

“For so long, I never really intended to be on Broadway.  A lot of that had to do with the fact that no one looked like me, so I kind of deleted it from my realm of possibility,” she continues.  “And I’ve never really let race get in my way because if I thought about it for too long, I think I would just be sad and feel like it would be impossible.”

Adds Hsu, “My way of coping was always like, “If this is something you want to [do]… Don’t even ask that silly question. Just do it, just go.  Just find people that you love working with and make things that you’re passionate about.”

Stephanie says landing the role as Mei has helped her even further in acknowledging her relationship with her Asian heritage.

“It’s kind of crazy that before I read the script that I said to myself, ‘What kind of Chinese character could exist in the 1950s?’…I just assumed that it couldn’t be possible.  And that type of deletion of self runs so deep in a way that I forget sometimes.  And I’m really aware. Like, damn, wow.  I didn’t think that that could be possible.”