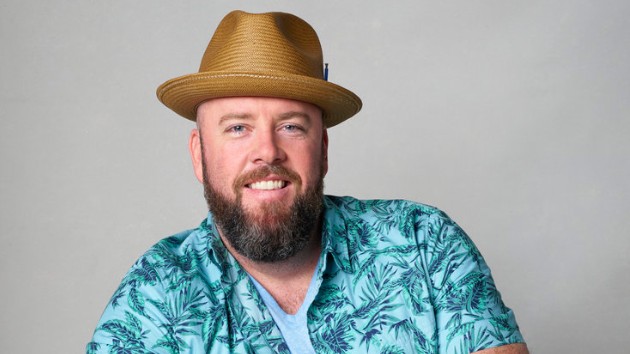 Jeff Lipsky/NBC(LOS ANGELES) — This Is Us star Chris Sullivan welcomed a new member into his family, a baby boy, on Tuesday.

The 40-year-old actor confirmed his newborn’s arrival on Thursday, where he gushed about being a dad for the first time.

“HE HAS ARRIVED! 8lbs of beautiful baby boy,” Sullivan excitedly announced on Instagram.  “Witnessing @therealrachelsullivan bring our first son into this world, after 20 hours of labor, was one of the great honors of my life.”

“It was primal and intentional and I have never been more in love with this powerful woman,” the Emmy nominee continued before assuring fans that everything went smoothly.

“She and baby are resting and recovering well,” He disclosed.  “Everyone is healthy and exhausted.”

While Sullivan didn’t reveal his newborn’s name on social media, he later told People what he and his wife Rachel have chosen to call their son.

They named their boy Bear Maxwell Sullivan and Sullivan revealed there was a fun reason why they didn’t announce it right away.

“As far as the name announcement goes, we designed a puzzle to send to our family members as a fun way to announce his name and to keep us all connected during quarantine — kind of a group activity to reach across the land,” the actor explained. “It’s both information and something to do. And the reveal of our first son’s name.”

Sullivan said his little game was a hit.  “Everybody had a great time,” He noted. “It was kind of set up like a contest — everyone had a time when they could start and everyone had to send us a photo when it was finished.”

Unfortunately, his family will have to wait a “few months” before they can meet his little boy.  Sullivan assured, however, “Everyone is very excited to meet Bear.”