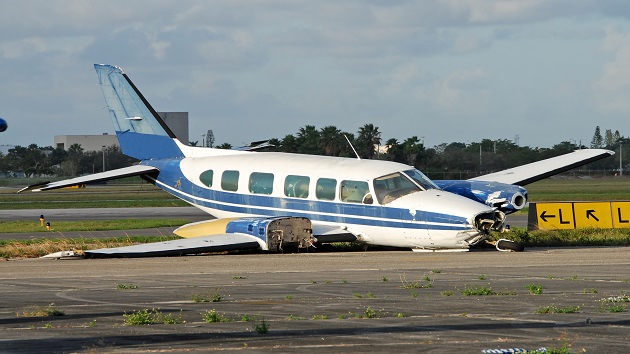 (NEW YORK) — Seven people, including a member of the Alaska State Legislature, were killed after two planes crashed in the sky on the Kenai Peninsula on Friday, officials said.Gary Knopp, 67, a Republican member of the Alaska House of Representatives, was operating one of the planes that crashed and was the sole occupant, according to a press release from the Alaska Department of Public Safety.His colleagues confirmed his death, saying they were heartbroken at the news.”I’m devastated and shocked to learn of the crash that claimed Gary Knopp’s life,” House Speaker Bryce Edgmon said in a statement. “Gary was a one-of-a-kind leader and a true Alaskan who worked tirelessly for his district in the Legislature. He will be missed by many.”The other victims of the crash were Gregory Bell, 57; David Rogers, 40; Caleb Hulsey, 26; Heather Hulsey, 25; Mackay Hulsey, 24; and Kirstin Wright, 23, according to the state’s Department of Public Safety.They were the six occupants of the other plane.Alaska State Troopers received a report around 8:27 a.m. local time of a plane crash near Sterling Highway, on the Kenai Peninsula, a borough of Southcentral Alaska, authorities said.Troopers found the majority of the wreckage about two hundred yards from the road.Investigators determined that two planes had crashed midair, according to authorities.All but one person was pronounced dead on scene, however that person died on the way to a local hospital. Authorities did not identify which person that was.The National Transportation Safety Board had been notified and will conduct an investigation into the cause of the crash, which is unknown at this time.”This is an unfathomable tragedy for multiple families today. The DPS sends a heartfelt condolence to all who lost a loved one in this mid-air collision,” Commissioner Amanda Price of the Department of Public Safety said in a statement. “Troopers and partner agencies have worked together diligently at the scene and have reached out to next of kin to notify them of this heartbreaking incident.”Knopp’s colleagues offered their condolences to his family, including his wife, Helen.Knopp, born in Montana, moved to Alaska in 1979, according to the Alaska House Majority. He was elected to represent House District 30 in 2016.Rep. Steve Thompson called Knopp “one of the nicest guys I’ve ever met. … He will be truly missed.”Little information was known about the other victims, though five were from out of state.Rogers was from Kansas, while the Hulseys and Wright were from South Carolina, authorities said.Copyright © 2020, ABC Audio. All rights reserved.