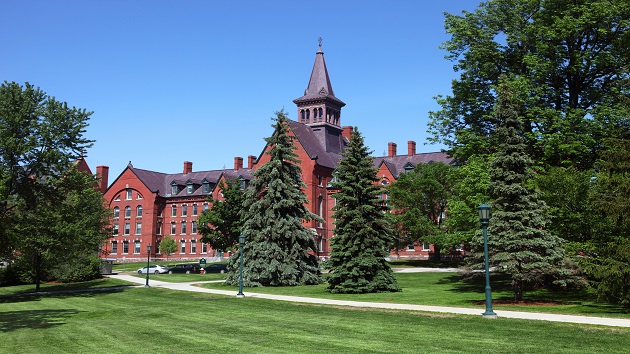 (NEW YORK) — It’s not often Harvard and Yale students come to an agreement, but during the annual football game last November students and alumni came together to urge their respective universities to divest from fossil fuels.

A group of about 250 protested on the field at the Yale Bowl, delaying the game for about an hour before the start of the second half. Eventually, around 2 dozen people were arrested.

Despite the pressure from students neither school has announced any decisions to divest.

According to the Wall Street Journal, several schools both large and small have decided to divest in the past few months. One of the latest is the University of Vermont, who announced the decision on July 14.

Suresh Garimella, Vermont’s President, told ABC News’ ‘Perspective’ podcast, the decision to divest is in line with the university’s commitment to the environment and sustainability.

“This decision to divest from fossil fuels extends the tradition of significant and decisive steps that, I think set the University of Vermont apart, because we have led not only on academic programming but also in research, facilities, the way we do transportation on campus and campus programs,” Garimella said.

In the announcement, Vermont said they have already ended new investments into fossil fuels, will allow pre-existing private investments to end without renewal and plan to be fully divested from public investments by July 2023.

May Boeve, an executive director at 350.org, an environmental group looking to end the use of fossil fuels, told ‘Perspective’ Vermont’s timeline is more aggressive than usual.

“The main demand has been to divest over five years. This three-year commitment is really ambitious and really should be celebrated. It’s important to understand when the campaign [to divest] was picking up steam, we didn’t know as much as we know now about just how quickly these changes have to happen. It’s great that the students at UVM really pushed for this to happen faster,” Boeve said.

She says to date over 1200 institutions have either divested or committed to divest from fossil fuels.

Ron Lumbra, the Chairman of the Board Trustees at UVM, tells ABC News students deserve credit for their research into divesting.

“They were studious, thoughtful, balanced in their approach, and thinking about the elements around sustainability and divestment. [They] really looked at the complexity of it. It’s a very complicated situation when you’re looking at managing an endowment and university portfolio with a 100-plus year time horizon in mind. These are not the type of situations that you take lightly,” Lumbra said.

He says normally the board wouldn’t let societal issues dictate what they did with the endowment, but divesting from fossil fuels is different.

“What allowed this to come together is that the environment is so much a key to our mission at the University of Vermont, our focus on the environment and the programs we offer an environment. This particular issue is different than other societal issues and that’s the thing that got the board really focused. This is a place where we can tie our investment decisions together with our mission and our brand,” Lumbra said.

“I think folks will come to the perspective that it’s becoming a decreasingly attractive investment with a long term horizon in mind given the opportunity for green investments, the greening of our economy, and the focus on renewables,” Lumbra said.

Boeve says the economic argument isn’t enough to swing people since oil and gas are still profitable right now, that’s why she has a different approach.

“We focus on the fact that it’s the right thing to do and no matter what the price of oil is at any given day, we know it’s very volatile, it’s still important to divest because we have to fight the climate crisis now,” Boeve said.

For other schools thinking about divesting Lumbra says they can learn from what Vermont has done.

“I would encourage [schools] to understand the world has changed.  If you look at the investment ecosystem, the focus on ESG [Environmental, social and corporate governance], is only increasing in the investment management world outside of academia. There’s a lot to learn about what professional investors are doing in terms of sustainability and wise, prudent investments,” Lumbra said.

350.org wants to see all universities divest, but for the organization, there is one school that would make the biggest impact, Harvard.

“They have a huge endowment, they have been very resistant to divestment and their students have waged a campaign for many, many years,” Boeve said.