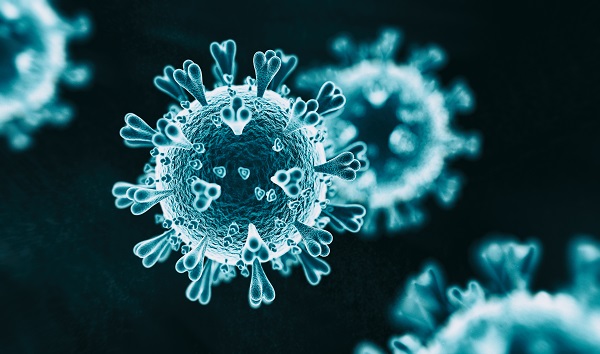 (NEW YORK) — A pandemic of the novel coronavirus has now killed more than 685,000 people worldwide.Over 17.8 million people across the globe have been diagnosed with COVID-19, the disease caused by the new respiratory virus, according to data compiled by the Center for Systems Science and Engineering at Johns Hopkins University. The actual numbers are believed to be much higher due to testing shortages, many unreported cases and suspicions that some national governments are hiding or downplaying the scope of their outbreaks.Since the first cases were detected in China in December, the United States has become the worst-affected country, with more than 4.6 million diagnosed cases and at least 154,449 deaths.Latest headlines:– FBI says COVID-19 tests at Texas facility ‘should not have been used’- Red Sox pitcher Eduardo Rodriquez out for 2020 season due to COVID-19 related heart issueHere’s how the news is developing today. All times Eastern.4:32 a.m.: Red Sox player out for season due to COVID-19 related heart issueThe Boston Red Sox have ruled out the return of their top starting pitcher for the 2020 season.Chief Baseball Officer Chaim Bloom said that left-hander Eduardo Rodriguez will not play this year, after developing a heart issue following his bout with COVID-19.The 27-year-old left-hander tested positive for the coronavirus before the start of summer camp but was cleared and returned to workouts on July 18.He hasn’t had another positive coronavirus test, but said an MRI revealed a condition called myocarditis, that the team’s medical staff felt was serious enough to shut him down for at least a week.Rodriguez has been restricted from baseball activities since July 23.3:37 a.m.: FBI says COVID-19 tests at Texas facility ‘should not have been used’FBI San Antonio is seeking to warn members of the public who were tested for COVID-19 at Living Health Holistic Healthcare in New Braunfels, Texas, in the last several weeks.Authorities have reason to suspect the COVID-19 tests administered at the facility should not have been used to diagnose or rule out an active COVID-19 infection.Individuals who were tested at this facility are asked to contact the FBI and those individuals are also encouraged to contact their primary care physician, local health department, free-standing ER, or nearby urgent care facility for re-testing.1:14 a.m.: Cardinals games postponed following more positive COVID-19 testsThe weekend series between the St. Louis Cardinals and Milwaukee Brewers has been postponed after one player and multiple members of the Cardinals staff tested positive for COVID-19.According to ESPN and multiple reports, three staff members tested positive for COVID-19 on the rapid tests. The team expects the complete results of saliva testing later Saturday, MLB said.In addition to Saturday’s game, both games of Sunday’s doubleheader between the teams have also been postponed.”Due to additional testing and monitoring of the St. Louis Cardinals’ players and staff members, the Sunday doubleheader between the host Milwaukee Brewers and the Cardinals at Miller Park has been postponed,” said Major League Baseball in a statement. The Cardinals will play four games against the Tigers in Detroit from Tuesday-Thursday, including a Wednesday doubleheader. The Cardinals and Tigers will serve as the home Club for two games each at Comerica Park. The Brewers will play this week’s home-and-home series vs. the Chicago White Sox as scheduled. Major League Baseball will continue to provide updates regarding its schedule.”Just last week multiple members of the Miami Marlins tested positive for the coronavirus causing games to be postponed.as coronavirus testing is underway, the league confirmed in a statement.’The Miami Marlins canceled their home opener against the Baltimore Orioles scheduled for Monday night after multiple members of the team tested positive for the coronavirus,Since the Philadelphia Phillies played Miami last Sunday at Citizens Bank Park, the Marlins have now had 20 positive tests, 18 by players.MLB commissioner Rob Manfred told MLB Players Association executive director Tony Clark on Friday that if the sport doesn’t do a better job of managing the coronavirus, it could shut down for the season, sources familiar with the conversation told ESPN.The two positive tests by the St. Louis Cardinals players on Friday have only exacerbated concerns inside the sport about the presence of the coronavirus and whether players are following MLB’s protocols are being followed properly to prevent outbreaks similar to Miami’s.Should another outbreak materialize, Manfred, who has the power to shut the season down, could move in that direction. Multiple players briefed on the call fear that season could be shut down as soon as Monday if positive tests jump or if players continue not to strictly abide by the league’s protocols.ABC News’ Russ Reed, Matt Foster, Ahmad Hemingway and Alexandra Faul contributed to this report.Copyright © 2020, ABC Audio. All rights reserved.