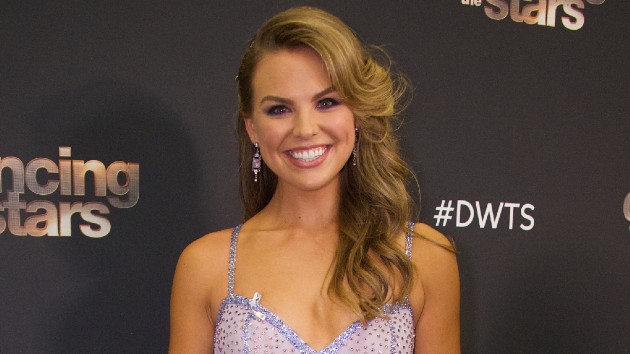 ABC/Eric McCandless(LOS ANGELES) — Exciting things are in the works for Hannah Brown.  The 25-year-old opened up about her emotional journey that started in 2019 when she agreed to compete on The Bachelor.

“Today feels really symbolic for me. As I get ready to move into a new home, I realize that I am starting a new chapter and closing another,” Brown penned on Saturday, who remarked that it was nice transition for her because “I’m usually rushing to the next chapter before I finish the one before!”

Although she didn’t disclose what she has cooking up, the Dancing with the Stars champ hinted it was enough to make her look back at how much her life has changed since she was swept up in a whirlwind of new experiences last year.

“I took a trip down memory lane this morning, looking at footage and personal journals from The Bachelor and The Bachelorette, and couldn’t help but feel a little proud of how much I’ve evolved since then,” She expressed, sharing a video recording she made after she watched the first few episodes of The Bachelor where she fretted over how people perceived her and her faith.

“Oh sweet baby Han didn’t know then it was just the start of all the crazy mess she’d get into,” Brown cracked. “I’ve had lots of highs and a lot of lows, and although I would prefer some things to have gone differently, I wouldn’t change a single thing.”

Once Colton Underwood’s season of The Bachelor ended, Brown found herself in the starring role of The Bachelorette but her season ended with her calling off her engagement to Jeff Wyatt.

She then competed on DWTS, where she and partner Alan Bersten took home the Mirrorball Trophy.

“Cheers, to new beginnings y’all,” she concluded her post.