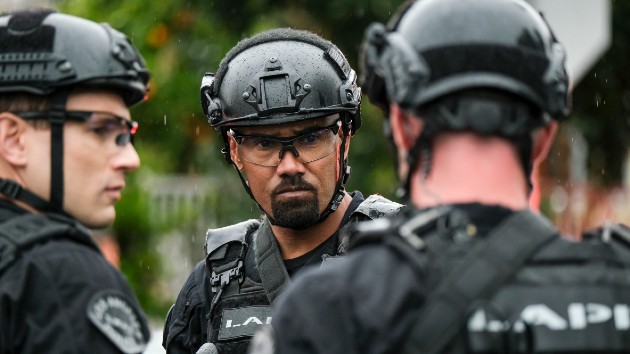 S.W.A.T., CBS’ remake of the 1970s police drama, could be the first broadcast TV’s first scripted primetime series to resume production, according to Deadline.

The show starring Shemar Moore, is tentatively slated to begin filming Tuesday in Los Angeles, with the standard COVID-19 safety protocols in place.  S.W.A.T., originally tapped as a mid-season replacement, will join Seal Team as a replacement for the COVID-stalled Survivor in the network’s fall lineup. CBS’ The Good Doctor is also set to resume production by mid-August in Vancouver.

Meanwhile, the trade also reports that the syndicated gameshow Family Feud is set to resume production in Atlanta on Tuesday, August 4. The show, hosted by Steve Harvey, is scheduled to kick off its 22nd season on September 14. Family Feud should have the same look and feel as previous seasons, but as with other production resumptions, it’ll be shot with minimal crew wearing personal protective equipment and no audience. Regular temperature checks, along with other health and safety protocols will be in place, as per state, local and union requirements.

The same is going for ABC’s reboot of the classic game show, Supermarket Sweep, starring Saturday Night Live alum Leslie Jones. Deadline says taping started on Friday in California, and additionally, all of the edible produce and grocery items shown in the mock-up supermarket will be donated to various charities including the Los Angeles Regional Food Bank.  A premiere date for the show has yet to be announced.

By George Constantino and Stephen Iervolino

Peta Murgatroyd opens up about fertility struggles after three miscarriages

“The people on my posters are now my friends” — Ms. Marvel’s Iman Vellani getting superhero advice from her new Marvel family