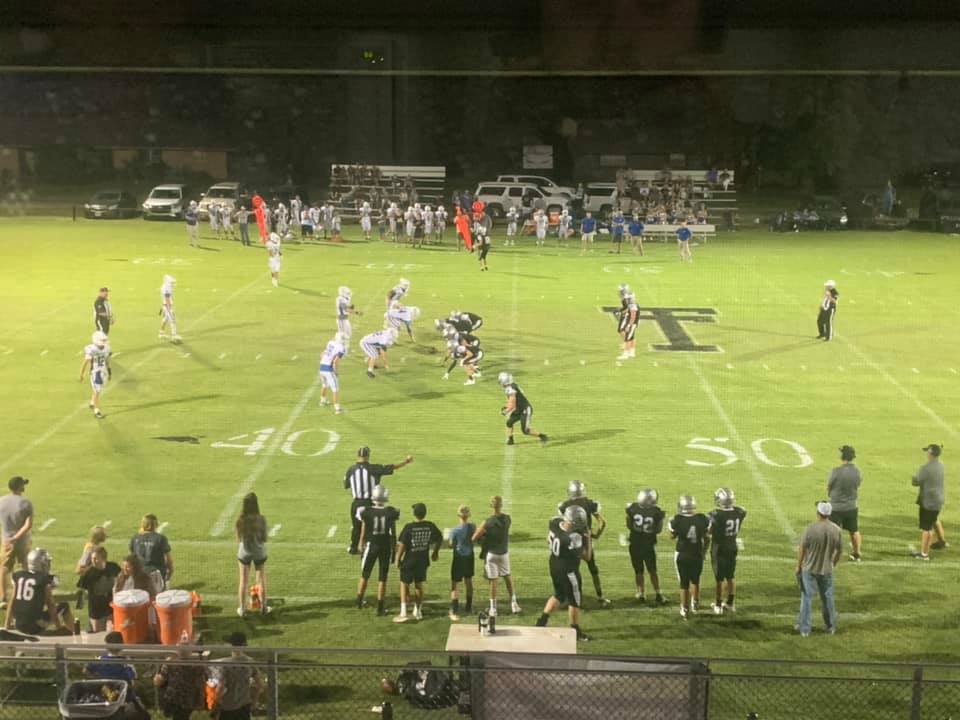 The No. 1 ranked (Class C) Timberlake Tigers played host to the Covington-Douglas Wildcats on Thursday night in a 8-man classic football game. It was a back and forth battle all the way until halftime, where the Tigers held just a two-point lead over the Wildcats. Then things got crazy in the second half.

The Wildcats pushed ahead to hold a 12 point lead over the Tigers in the third quarter. The quarter started off with a rushing touchdown by Senior quarterback Weston Carl. Following that was a rushing touchdown by running back Parker Smith, who was all over the field for the Wildcats offense. The big three of Carl, Smith and Christian Tarango will be a crew to be reckoned with throughout the rest of the 2020 season.
Despite being on top by 12, the Wildcats lead vanished with a snap of a finger (kind of like Thanos).

The momentum shifted quickly because senior Dylan Schlup had enough. His defense took a stand and quickly changed everything for Timberlake. Timberlake then went on a 32 point run to take a 54-34 point lead with 8:34 remaining in fourth quarter over the Wildcats. All led by two, yes, TWO pick sixes by Timberlake’s Dylan Schlup.
Despite being down by 20 , there was no quit to be found in Covington-Douglas. They fought their way all the way back to make this one interesting.
As soon as they got the football back, the Wildcats and Carl got a rushing touchdown to make it a 14 point game. The onside kick attempt was a unsuccesful. But Timberlake got in some trouble after two straight tackle for losses by the Wildcats defense. They quickly went three-and-out and were forced to punt from midfield.
With time remaining being scarce, the Wildcats marched down the field to cap off another spectacular drive by the offense ending in Carl’s third rushing touchdown of the game, fourth overall. Now it’s just a six point lead for Timberlake, despite being up by 20 in midway through the fourth quarter. Just over two minutes remained for the Wildcats and all they had in their back pocket was one timeout. Despite the pressure, the Wildcats were able to recover the onside kick. Just then the realization settled in with the fans that the Wildcats could march down and take the lead. It was going to come down to one drive. Timberlake needed a stop, Covington-Douglas needed a touchdown to tie with a PAT/two-point conversion to take the lead.
The offensive trio for the Wildcats helped Covington-Douglas get down the field in a hurry. Fast forward a little bit, with the Wildcats being down six with 11 seconds to go on 4th-and-1 from inside the five yard line with no timeouts remaining. The Wildcats elected to throw the football with the game on the line. But the game ended after Carl threw an incompletion on a drag route intended for one of his receivers.
The Wildcats fought back, but it wasn’t enough in the end. Timberlake’s quarterback Ethan Jenlink and defensive end Dylan Schlup did everything they could throughout this game to give the No. 1 ranked Tigers the win, and they were successful. Great game by both teams to begin the 2020 football season. The game ended with Timberlake getting the win over Covington-Douglas, 54-48.