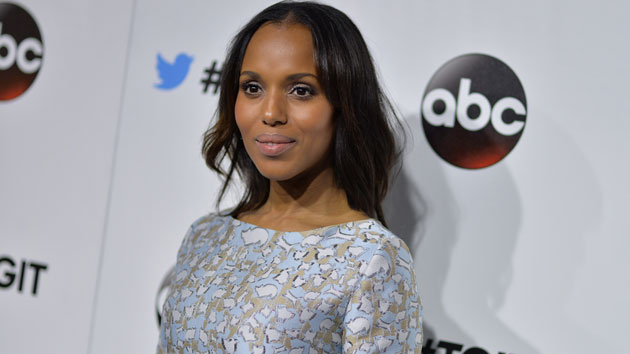 During the second night of the 2020 Creative Arts Emmy Awards, which are being announced virtually this year, Live in Front of a Studio Audience: “All in the Family” And “Good Times” was awarded Outstanding Variety Special (Live).

The special aired on ABC in 2019 and featured a cast including Viola Davis, Tiffany Haddish and Woody Harrelson performing live re-enactments of scenes from the famed TV shows.

Washington served as one of the members of the all-star executive producers team, alongside All in the Family creator Norman Lear, co-host Jimmy Kimmel, actors Will Ferrell, Justin Thereaux and more.

“OMG. So proud of @simpsonstreet and this incredible cast and crew,” Washington wrote on her Instagram Stories in response to the win, according to E!

Washington has been nominated for a total of eight Emmy Awards, including two for Outstanding Lead Actress for her role as Olivia Pope on Scandal.

She’s currently nominated for Outstanding Lead Actress in a Limited Series or Movie for her role in Little Fires Everywhere.

Other winners from night two of the Creative Arts Emmy Awards are Saturday Night Live, RuPaul’s Drag Race and Last Week Tonight With John Oliver, among others.