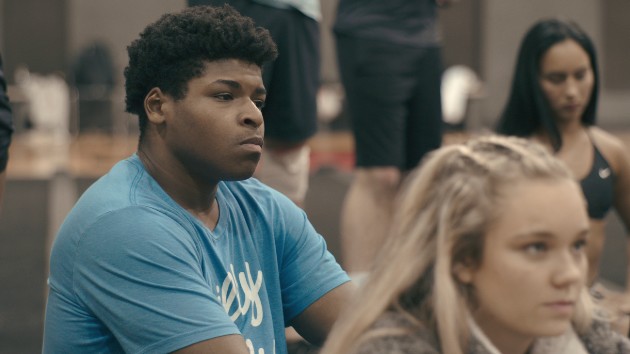 Courtesy of Netflix
Posted on September 16, 2020 by ABC News

According to Deadline, in court documents, which were filed on Monday, a pair of underage Texas twins alleged that Harris both sent sexually explicit messages, requested sexually explicit photos, and solicited one of them for oral sex when they were 13 years old.

Per the outlet, the lawsuit details that Harris, 21, and the twins became friendly in 2018 but it wasn’t until 2020, when the twins’ mother found out about the interactions, that it was reported to the U.S. All Star Federation, Varsity and Cheer Athletics Inc., the FBI, and the Fort Worth Police Department.

A representative for Varsity Brands told ABC News in a statement, “We can’t comment on an active law enforcement investigation; we continue to cooperate with authorities in their inquiries on this matter.”

Meanwhile, a representative for the FBI would only confirm that the organization was conducting “court-authorized law enforcement activity in the area,” and offered no additional comment.

Harris — who became a sensation following the January release of the cheerleading docuseries — has not been charged with a crime and denies the claims.

A spokesperson for Harris told ABC News, “We categorically dispute the claims made against Jerry Harris, which are alleged to have occurred when he was a teenager. We are confident that when the investigation is completed the true facts will be revealed.”

A source close to the situation said the claims made against Harris are not current, and stem from when he was a teenager. The source also told ABC News that no allegations pertain to physical activity, and that the FBI is only investigating Harris’ text messages.

The Texas boys are reportedly seeking $1 million in damages.