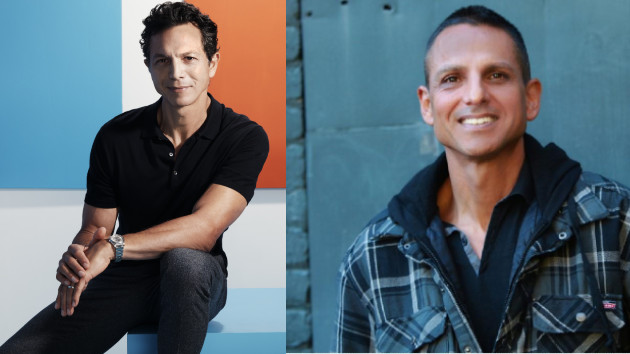 Courtesy of Follow Me Home
Posted on October 29, 2020 by ABC News

(NEW YORK) — Actor Benjamin Bratt and his filmmaker brother Peter Bratt have enlisted their Follow Me Home cast members and their industry friends to have a candid conversation about their film nearly two decades after its release.

As part of a three-night event, which includes the rerelease of the film, the brothers are sparking dialogue about racial inequity, voting, and the current political climate. Peter tells ABC Audio that he never imagined his film would still be as impactful today.

“It was seen as kind of a radical, uncomfortable idea… 25 years ago and we didn’t really foresee this coming about,” he says. “But it really was after the murder of George Floyd that we started hearing from people across the country who had seen the film saying, ‘You have to bring this back. This is more relevant now than it was then."”

Benjamin agrees, adding the film had the ability to broach difficult conversations then, as it does now.

“We yearn for a sense of belonging within a community, within a family, a connection with another individual,” he says. “That’s what it’s all about. And I think it’s important to underline that the conversation around racial equity has been largely a black and white issue. But the conversation we want to invoke involves everybody.”

While the film delves into deep and meaningful topics, it also offers plenty of levity through its dynamic and quirky characters. Benjamin jokes his brother initially thought he was “too pretty” for the role of Abel.

“The character I play, he’s a straight up hardcore ex-con homeboy. And when [Peter] wrote the role of [Abel], the last person he considered for it was me,” he says. “Even as his brother and co-producer on the film, I had to beg him for the part.”

To join the conversation go to FollowMeHomeTheMovie.com.