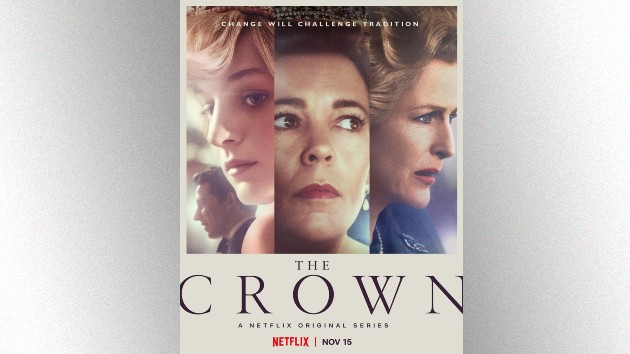 (LOS ANGELES) — The official trailer for The Crown season four has arrived.

The trailer then shifts to show Prince Charles, as he struggles with the pressures of choosing a suitable wife and ultimately marries Princess Diana, played by Emma Corrin. We see Diana as she tries to fit in with the royal family as they contemplate whether she will “bend” or “break.”

It’s all set to a haunting new version of The Smiths’ classic song “How Soon Is Now?” We hear a woman sing the lyrics, “I am the son and the heir/of a shyness that is criminally vulgar/I am the son and heir/of nothing in particular.”

Coronavirus live updates: Vaccinations to begin in Russia next week, Putin says
Report: 2021 Oscars to buck the virtual trend and proceed as an “in-person telecast”
Former astronaut Mark Kelly to be sworn in as Arizona’s newest US senator
Freeze warning and wind chill alerts in Florida, new snowstorm for Central US
Ellen DeGeneres, Miley Cyrus and more show support as Elliot Page comes out as transgender
Amid COVID-19, moms leaving the workforce could have lasting impact on economy