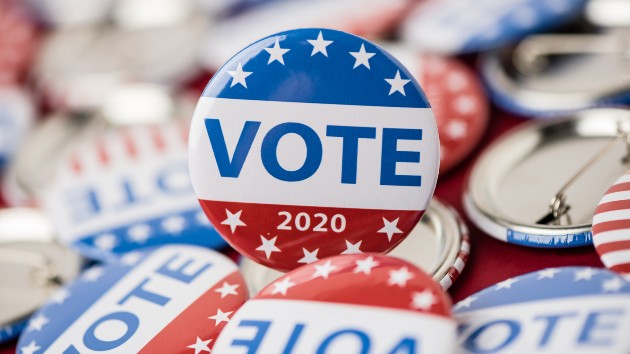 By ALLIE YANG, ABC News(WASHINGTON) — With Joe Biden the apparent winner in Wisconsin over Donald Trump, the president’s team has said it will “immediately” request a recount.But other states also may see recounts, and each one has its own rules and regulations for managing one.

Here’s a breakdown of how key remaining states would handle a recount:

PennsylvaniaAn automatic recount will be triggered in Pennsylvania if the winning margin is within 0.5%. This recount would need to be ordered by the secretary of state by a week from Thursday. It would begin by the end of the month and must be completed within six days.For a requested recount, three voters in a district can submit an affidavit alleging errors in totals by Sunday. Requests must be made in individual districts in the event of multiple districts requesting recounts. No margin is required.

WisconsinWisconsin won’t hold recounts automatically, no matter the margin.Candidates may request a recount if they are trailing their opponent by 40 votes or fewer if the total vote is 4,000 or less. If more than 4,000 votes were cast, candidates may request if they are 1% or less behind their opponent.Presidential candidates have until 5 p.m. Wednesday to request a recount, and all other candidates have until Friday evening to file a request.Any recounts must be completed within 13 days.

MichiganAn automatic recount in Michigan will be triggered if the difference between two candidates is 2,000 votes or fewer.Candidates may request a recount without a margin requirement as long as they provide “specific allegations” such as “fraud or mistake in the canvass of the votes,” according to the state’s bureau of elections.Additionally, if a state Senate race is determined by 500 votes or fewer or if a state House race is determined by 200 votes or fewer, a state party chair may request a recount while adhering the guidelines described above.The deadline to request a recount is no later than Thursday night, 48 hours following completion of the canvass of votes.

GeorgiaGeorgia will not automatically recount votes, but candidates and officials may request one under certain conditions.If the margin between candidates is less than or equal to 0.5% of the total vote, a candidate may request a recount within two business days of results being certified.An election official or Georgia’s secretary of state also may order a recount if they identify a discrepancy or error.