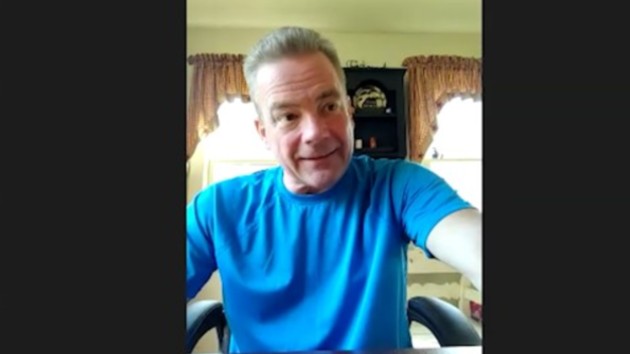 (NEW YORK) — (NOTE LANGUAGE) The world of entertainment is mourning this weekend’s loss of beloved Jeopardy! host Alex Trebek, and one of them is Family Guy voice star Johnny Brennan, also known to millions of fans as Johnny B from the platinum-selling prank call Jerky Boys albums.

Brennan — who calls Trebek “a terrific guy” — tells ABC Audio he and Trebek became friends from afar after the game show host got wind of “Testing for Jeopardy!“, one of the classic calls from the fourth Jerky Boys album.

Brennan had taken an ad out in the paper pretending to be a casting agent for game shows, and he hit comedy gold when a caller responded that he wanted to be on Jeopardy!

As Brennan’s hot-tempered character, Frank Rizzo, purportedly preps the wannabe contestant with a series of nonsensical questions, he warns him that if, “you can’t whip out answers…” Mr. Trebek, “during a commercial break is liable to “punch your f***ing mouth loose.”

Brennan laughed to ABC Audio that he loved the idea of turning the affable host “into a tough guy” behind the scenes of the show — and apparently Trebek himself liked it, too.

“We had gotten word back when I did that call…that he absolutely loved it,” Brennan said.  “I have an 8×10 [autographed picture] and it says, “To Frank, can’t wait till you come on the show,’ and then it says something like ‘I’m going to I’m going to punch your f***ing mouth loose,’ And it’s hilarious. And it’s signed ‘Alex Trebek."”

Since then, the Jerky Boys have appeared as Double Jeopardy! questions “many times” over the years, Brennan said proudly,” describing the honor as “very cool. Very cool.”