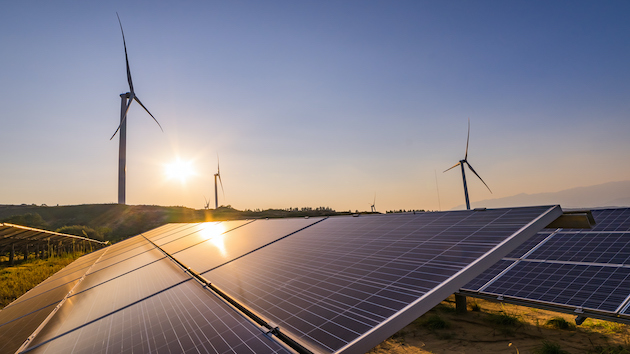 (NEW YORK) — Renewable energy capacity is expected to increase by 4% this year globally, according to the International Energy Agency’s Renewables 2020 report.

Energy capacity is the maximum power output for a given electricity source when it’s running at full capacity.

The report, released on Tuesday, is an update to the IEA’s May forecast, which was released when the COVID-19 pandemic was shutting down economies around the world. The updated report provides analysis and forecasts through 2025 on the impact that COVID-19 will have on renewables.

The additions are expected to set a new record with 200 megawatts of installed capacity around the world and could account for 90% of all new electricity capacity.

“This year about half of all new power electricity capacity added to the global electricity markets come along from solar PV. Half of it and [the] other half everything is put together, “ said Dr. Fatih Birol, the IEA Executive Director, during a press conference announcing the report. “Our projections for the next five years show that this 50 percent of the total new capacity may well go to about two-thirds of the new capacity additions by 2025.”

The United States and China are a big part of the increase. Both are expected to increase their wind and solar capacity by 30% as developers try to finish projects before policy changes go into effect.

They cite the quick ramp-up of construction and manufacturing, along with the easing of border restrictions since mid-May as the reason for the increase in the latest report.

The IEA also forecast a record 10% increase in 2021 due to delayed projects getting underway and growth in markets that were strong before the pandemic.

However, in 2022, they predict a slight decrease in capacity additions due to uncertain policies in key markets, like the US and China.

With the increases in the coming years, the IEA says installed solar and wind capacity should surpass natural gas capacity in 2023 and coal in 2024 and renewable energy will overtake coal as the largest source of electricity worldwide by 2025.

“Just before 2025, renewables will overtake coal and will be the number one source of electricity generation and coal had the highest share in global electricity generation since the early 1950s,” said Dr. Birol. “If major countries, such as the United States and China, will change their policies to push to the renewables stronger, this overtaking of coal by renewables may well be sooner than the 2024- 2025.”

Hydropower will continue to produce about half all renewable electricity, with wind and solar second and third, respectively.