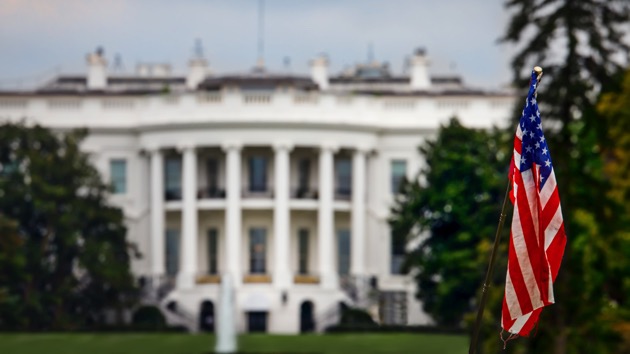 By LIBBY CATHEY, ABC News(WASHINGTON) — President-elect Joe Biden is moving forward with transition plans, capping a tumultuous and tension-filled campaign during a historic pandemic against President Donald Trump, who refuses to concede the election, despite a growing list of foreign heads of states moving on and recognizing Biden as the winner.For the first time in nearly a week, Trump has a public event on his schedule and will commemorate Veterans Day on a rainy Wednesday morning at Arlington National Cemetery, after hunkering down inside the White House for days — ceding the presidential leadership spotlight to the man he mocked.Biden, meanwhile, is meeting with transition advisers in Wilmington, one day after he called Trump’s refusal to concede “an embarrassment.”It all comes as the Biden transition team and Trump administration are in lockstep over whether Biden should be granted access to federal resources allocated for the transition of power.Trump had falsely declared on election night, when he held a lead in several key states, that he won the contest and alleged without evidence, after the count started to swing the other way, that the election was being stolen from him and that fraud had been committed.Now his legal team is waging battles in an effort to reverse the election results but so far have been unable to produce evidence of widespread fraud that would change the election.The 2020 election has shattered voting records with votes totaling 150 million and counting, surpassing the 138 million who voted in 2016.Here is how the transition is unfolding. All times Eastern:

Nov 11, 11:20 amGeorgia to conduct hand recount of presidential election votesGeorgia Secretary of State Brad Raffensperger announced this morning Georgia will conduct a “full, by hand recount in each county” of the presidential race.“We have all worked hard to bring fair and accurate counts to assure that the will of the voters is reflected in the final count,” Raffensperger said.Biden currently leads in the state by about 14,000 votes.

Nov 11, 9:48 amDan Sullivan projected to win Alaska Senate race, giving GOP at least 50 seatsBased upon the analysis of the vote, ABC News projects Republican Sen. Dan Sullivan of Alaska will win reelection to the Senate, defeating Democrat Al Gross.With this race, Mitch McConnell has 50 GOP Senate seats for the new Congress, meaning the best Democrats can hope for is a tied Senate — where they would have control by virtue of a Vice President Kamala Harris casting tie-breaking votes, in her role as president of the Senate.The only two outstanding Senate races are now in Georgia, where both Senate seats are headed toward runoffs Jan. 5 — two days after the new Congress is sworn in.Nov 11, 9:19 amBiden opts out of Trump’s dangerous post-election gameTo rekindle an infamous discussion, taking Trump literally at this precarious moment means the president believes the election was rigged against him; that he believes he received more lawful votes than his opponent; that he believes the vote count in a series of battleground states is flawed and corrupt; and that there are election officials and state and federal judges that are ready to deliver him a second term. But this election was not particularly close — and, the above falsehoods notwithstanding, this period is exceedingly unlikely to end in any way other than with Biden being sworn in Jan. 20.While Biden may have more reason than most to be offended by the behavior of Trump and Republicans in his Cabinet and in Congress, he isn’t sounding particularly concerned about the hold-up. Asked by ABC News senior congressional correspondent Mary Bruce Tuesday for his message to Trump, Biden responded, “Mr. President, I look forward to speaking with you.” It’s a revealing response — not just because Biden and his team know the White House and transitions well. Biden is keeping his faith in the processes and systems that govern elections, in state capitals and in Washington.Some Democrats may bristle at Biden’s refusal to condemn Republicans who are backing Trump. Notably, Biden also said he looks forward to “a negotiation” with Senate Majority Leader Mitch McConnell over his Cabinet picks Many progressives, of course, view McConnell as not worthy of negotiating with, and still more hope he will actually be minority leader in anyway.Ugly as this moment is, and awful as it may get, Biden’s team sees this as the system holding its ground. Biden’s faith in a sturdy middle drove his campaign from the start and looks like a defining feature of what will become his presidency. -ABC News’ Political Director Rick KleinCopyright © 2020, ABC Audio. All rights reserved.