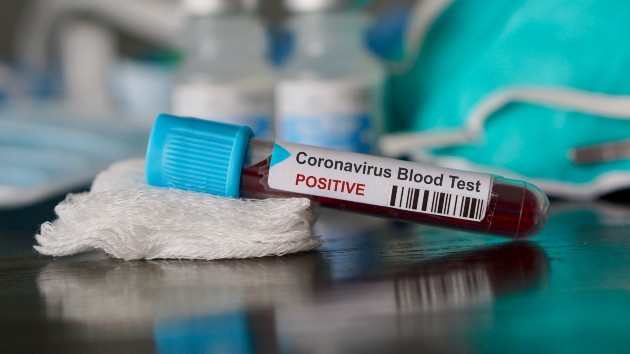 By MORGAN WINSOR, EMILY SHAPIRO, IVAN PEREIRA and MEREDITH DELISO, ABC News(NEW YORK) — A pandemic of the novel coronavirus has now killed more than 1.2 million people worldwide.Over 52.1 million people across the globe have been diagnosed with COVID-19, the disease caused by the new respiratory virus, according to data compiled by the Center for Systems Science and Engineering at Johns Hopkins University. The actual numbers are believed to be much higher due to testing shortages, many unreported cases and suspicions that some national governments are hiding or downplaying the scope of their outbreaks. The criteria for diagnosis — through clinical means or a lab test — has also varied from country to country.Since the first cases were detected in China in December, the virus has rapidly spread to every continent except Antarctica. The United States is the worst-affected nation, with more than 10.4 million diagnosed cases and at least 241,800 deaths.Nearly 200 vaccine candidates for COVID-19 are being tracked by the World Health Organization, at least 10 of which are in crucial phase three studies. Of those 10 potential vaccines in late-stage trials, there are currently five that will be available in the United States if approved.

Nov 12, 9:30 amAfrica sees average 8% rise in new cases over past monthAfrica’s top public health official said the continent of 1.3 billion people has seen an average 8% rise in new COVID-19 cases over the past month.”We expected it to happen,” John Nkengasong, director of the Africa Centers for Disease Control and Prevention, told a virtual press conference Thursday, adding that when a second wave of the pandemic hits, “it seems to come back with a lot of full force.”More than 1.9 million cases of COVID-19 have been confirmed across Africa, including over 45,000 deaths. Although testing remains a challenge, the 54-nation continent is on track to surpass two million total cases within days as infections creep up in countries like the Democratic Republic of the Congo, Kenya and Nigeria.Nkengasong urged governments and citizens to follow public health measures.”We are at a critical point in the response,” he said.

Nov 12, 7:39 amFauci tells Americans to ‘hang in there,’ ‘help is really on the way’As COVID-19 infections and hospitalizations soar to record rates across the United States, the nation’s top expert on infectious diseases is urging Americans to double down on fundamental public health measures and “hang in there” until a vaccine becomes widely available.”Help is really on the way,” Dr. Anthony Fauci, director of the National Institute of Allergy and Infectious Diseases, told ABC News’ Robin Roberts in an interview Thursday on Good Morning America.”The cavalry is coming here. Vaccines are going to have a major positive impact,” he added. “They’re going to start being implemented and deployed in December. And as we start getting into the early part of the year — it’s going to be January, February, March — more and more and more people are going to be able to be vaccinated. So if we could just hang in there, do the public health measures that we’re talking about, we’re going to get this under control — I promise you.”Those measures include wearing face masks, maintaining physical distances, avoiding crowds and washing hands as often as possible.”They sound very simple and, given the really very difficult challenge we’re facing, one might think that that doesn’t make any difference. It really does,” Fauci said.Fauci, a key member of the current White House coronavirus task force, said health care providers and those who are deemed most at-risk will have priority access to a COVID-19 vaccine, but that “ordinary” citizens should be able to get it in the second quarter of next year.With November on pace to be America’s worst month yet fighting the coronavirus pandemic, Fauci admitted he didn’t know whether the nation was headed for a lockdown but said “we would like to stay away from that.””Hopefully we won’t have to do that,” he added. “The best opposite strategy to locking down is to intensify the public health measures short of locking down. So if you could do that well, you don’t have to take that step that people are trying to avoid, which has so many implications both psychologically and economically. We’d like not to do that.”When asked about the political limbo in the wake of the presidential election, Fauci said, “Certainly it’s having no impact negatively on our ability as well as our activity in developing vaccines and developing counter measures.””It is still a major challenge,” he added. “We’re in a difficult situation and we just got to keep pushing.”

Nov 12, 6:55 amBiden coronavirus advisor says US lockdown could control pandemicDr. Michael Osterholm, a coronavirus advisor to President-elect Joe Biden, said a nationwide lockdown could help bring the pandemic under control in the United States and even revive the economy.Osterholm floated the idea during an on-camera interview with Yahoo Finance on Wednesday, saying COVID-19 could be managed until a vaccine becomes available by shutting down businesses for four to six weeks and paying people for lost wages.”We could pay for a package right now to cover all of the wages, lost wages for individual workers, for losses to small companies, to medium-sized companies or city, state, county governments. We could do all of that,” Osterholm said. “If we did that, then we could lock down for four to six weeks.”He said such a scenario could drive down infections and hospitalizations, “like they did in New Zealand and Australia.””Then we could really watch ourselves cruising into the vaccine availability in the first and second quarter of next year while bringing back the economy long before that,” he added.Osterholm, director of the Center of Infectious Disease Research and Policy at the University of Minnesota, was named a member of Biden’s transition COVID-19 advisory board on Monday. He previously served as a Science Envoy for Health Security on behalf of the U.S. Department of State from June 2018 to May 2019.During an exclusive interview with ABC News’ David Muir earlier this year, then-Democratic presidential nominee Biden said he “would listen to the scientists” if a nationwide lockdown was recommended.”I will be prepared to do whatever it takes to save lives because we cannot get the country moving until we control the virus,” Biden said.

Nov 12, 5:52 amRussia sees record high deaths for second straight dayRussia registered 439 deaths from COVID-19 in the last 24 hours, setting a new single-day record for the second straight day.An additional 21,608 new cases of COVID-19 were also confirmed nationwide over the past day. Russia’s cumulative total now stands at 1,858,568 cases with 32,032 deaths, according to the country’s coronavirus response headquarters.Moscow remains the epicenter of the country’s outbreak and recent surge. Nearly 28% of the newly confirmed cases — 5,997 — and over 16% of the new deaths — 71 — were reported in the capital, according to Russia’s coronavirus response headquarters.Despite the growing number of infections and deaths, Russian authorities have repeatedly said they have no plans to impose another nationwide lockdown.The Eastern European country of 145 million people has the fifth-highest tally of COVID-19 cases in the world, behind only the United States, India, Brazil and France, according to a real-time count kept by Johns Hopkins University.Nov 12, 5:01 amSeven dead, 140 others sick in outbreak at Illinois veterans homeA COVID-19 outbreak at a veterans home in Illinois has left seven people dead and more than 140 others infected, according to a report by Chicago ABC station WLS-TV.Currently, there are 72 residents and 72 employees battling the virus at the Illinois Veterans Home in LaSalle, some 100 miles southwest of Chicago. Four people died this week alone, WLS reported.The facility has been conducting health screenings of staff and residents, maintaining social distancing practices, wearing face coverings as well as intensifying cleaning and disinfecting protocols, according to WLS.”How did this happen so quickly if these protocols are in place?” state Rep. Stephanie Kifowit, a veteran herself who chairs the Veterans Affairs Committee in the Illinois House of Representatives, told WLS. “We need to take care of our veterans. They served us and we need to to serve them and make sure they are safe and they are in safe environment.”Illinois Gov. J.B. Pritzker said it’s challenging to stop the virus from getting into veterans homes and other care facilities.”Our veterans homes really have done an outstanding job of keep our veterans safe,” Pritzker said at a ribbon-cutting ceremony for a long-delayed state veterans home in Chicago on Wednesday morning. “But you can’t 100% keep everybody safe in this environment, especially when our communities, our mayors, our city councils, our county chairs aren’t living up to the mitigations, are not enforcing the mitigations in many parts of the state.””No matter what we do, there is a level of risk,” he added, “and it is especially risky, frankly, for those who are seniors, people who are over 60. As the age goes up, so does the risk.”

Nov 12, 4:22 amUS reports nearly 2,000 new deathsThere were 1,984 fatalities from COVID-19 registered in the United States on Wednesday, according to a real-time count kept by Johns Hopkins University.The latest daily death toll is the highest figure since early May but still under the country’s peak of 2,609 new deaths on April 15.An additional 144,133 cases of COVID-19 were also identified nationwide on Wednesday, marking a new single-day record.It’s the eighth day in a row that the country has reported over 100,000 new infections. Wednesday’s tally tops the nation’s previous all-time high of 136,325 new cases recorded a day earlier.A total of 10,257,825 people in the United States have been diagnosed with COVID-19 since the pandemic began, and at least 239,683 of them have died, according to Johns Hopkins. The cases include people from all 50 U.S. states, Washington, D.C. and other U.S. territories as well as repatriated citizens.Much of the country was under lockdown by the end of March as the first wave of pandemic hit. By May 20, all U.S. states had begun lifting stay-at-home orders and other restrictions put in place to curb the spread of the novel coronavirus. The day-to-day increase in the country’s cases then hovered around 20,000 for a couple of weeks before shooting back up and crossing 100,000 for the first time on Nov. 4.Copyright © 2020, ABC Audio. All rights reserved.