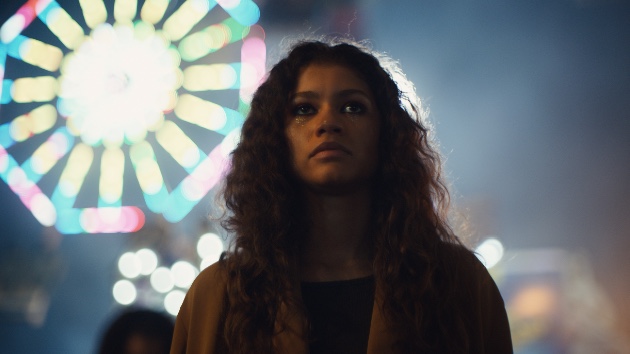 (LOS ANGELES) — Euphoria star Zendaya was recently voted one of the most influential celebrities of her generation.  The 24-year-old Emmy Award winner says she is hoping to use her voice to inspire future leaders.

In a Tuesday interview with Elle, Zendaya praised her generation for taking an active role in demanding meaningful change in the world.

“I find hope in my peers, the people who are out there on the streets doing the work—people I admire and I go to for advice and information on what’s happening, so that I can make sure I’m using my platform in the most strategic way I can to help,” Zendaya explained.  “There is so much hope in young people, and when I say young people, I do mean myself—people my own age—but I also mean younger.”

Elaborating on how even young children have developed “a clear understanding and plan for how they want this world to change,” she says her little nieces are no exception.

“They are so aware, and I mean, I can take credit for some of that, because I’ve been schooling them. But they also have their own point of view,” Zendaya noted as she detailed how she’s helping to encourage their developing activism.

“We have discussions about [the world]. They know what’s up, and they want to be part of that change,” she commended.

Zendaya also reflected on why people — namely the Black community — have been inspired to speak up and out, saying, “I know a lot of my peers feel enraged and exhausted and tired of living and growing up in a system that feels like it wasn’t built for us.”

“Black people need to embrace joy and not let it be taken away from us,” she concluded.