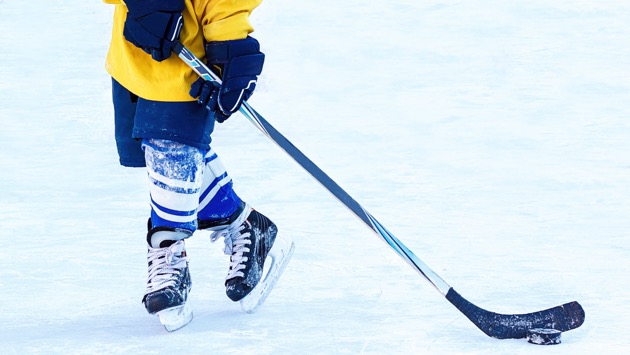 By LAURA ROMERO and LUCIEN BRUGGEMAN, ABC News(NEW YORK) — As the cold weather sets in and coronavirus cases continue to climb, an unlikely winter staple is quietly emerging as a major threat to public health: Youth hockey.In states across the country, government officials are putting harsher restrictions on the sport, which has already led to hundreds of cases in the northeast and carries a “a super-spreader event” risk, according to a report published by the Centers for Disease Control and Prevention in October.In Massachusetts, for example, the state health department determined last month that at least 30 coronavirus clusters infecting 108 people could be traced to “ice hockey activities,” leading its governor shut down all indoor rinks in the state for two weeks.Dr. Michael Osterholm, a University of Minnesota epidemiologist and adviser to President-elect Joe Biden, said ice hockey rinks “pose a very unique risk” in terms of transmitting the COVID virus.Unlike warm air, where virus particles quickly rise and dissipate, cold air allows the virus to sink low toward the ice, where it can remain for a prolonged period of time, Osterholm explained. The science is exacerbated by players breathing heavily, which puts “out a tremendous amount of virus” if someone is already infected.“The virus literally gets trapped inside the boards and the walls of the ice rink because of the cold air,” Osterholm said. “Of all sporting venues, there’s no question that ice rinks are really the highest risk for transmitting the virus.”Because coronavirus outbreaks have already been linked to youth hockey in the northeast, several New England governors have added increasingly stringent health guidelines to limit further transmission.On Thursday, interstate youth hockey competitions were suspended across seven states in the northeast until the end of the year. Officials in those states warned that additional restrictions are possible as the pandemic continues to unfold.The crackdown on youth hockey has introduced a familiar pandemic-era dilemma for families dedicated to the sport: balancing the health and safety of the players and coaches without completely shutting down the season. In Canada, the largest youth hockey association in Toronto has called off all competition until 2021 – a fate many in the U.S. hope to avoid.Steve Bellemore, the president of the Manchester Youth Hockey Association in New Hampshire, insisted that he is taking necessary precautions. But he acknowledged he is responsible for his players’ health.“We are doing everything possible to not get shut down,” Bellemore said. “But I’m also a father of two kids who play, so their safety and health is my priority. We just have to see what happens.”For Karl Clapp, a youth hockey coach in Biddeford, Maine, who has spent the better part of four decades around the game, acknowledged that this season is different and the reality is that it might be better to stay off the ice.“We are all working really hard to make sure our kids can keep playing,” Clapp said, “but I wouldn’t be surprised if the season gets cut short.”As part of ongoing efforts to strike a balance, Bellemore described some innovative ways that rink managers and league administrators have sought to diminish the risks involved, including new technology that can take players’ temperatures and conduct contact tracing simultaneously. Further north, Canada’s premier junior league, the Ontario Hockey League, has gotten even more creative, placing a ban on body-checking for the upcoming season.In a sport known for the cult-like devotions of its players and fans, many around the game are committed to seeing the season through despite the risks.“Everything has been a challenge,” said Kelly DiNorcia, the managing director of a youth hockey club in New Jersey. “Everyone has to be flexible, but it’s been really hard … we have to follow the rules and it’s on us to make sure our kids get to play.”For those willing to do what it takes to stay in the game, it isn’t just the players and coaches making sacrifices.“We’ve been setting up TVs in the back of pickup trucks in the parking lot to watch the kid’s games,” Clapp said.He went on, “There’s something about hockey families. We go all in for this sport and we come together for our kids.”Copyright © 2020, ABC Audio. All rights reserved.