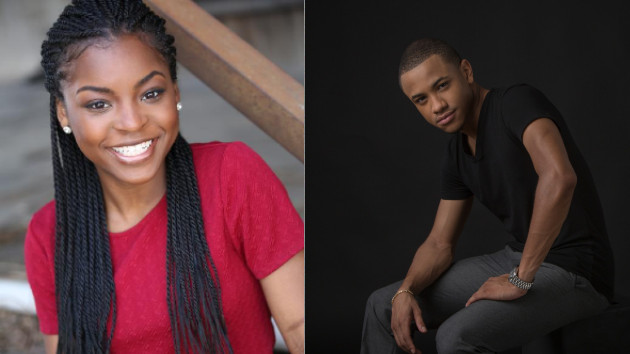 Courtesy of TV One

(NEW YORK) — Rayven Ferrell is taking on a role like never before in the new TV One thriller, Blood on Her Badge.

Ferrell stars as Dee, a troubled young woman who joins the police force in hopes of a better life. After meeting a charming young criminal named Trey, Dee’s life goes into a downward spiral. Ferrell tells ABC Audio that she believes the film shows why it’s important to address mental health issues before you get into a serious relationship.

“Just put yourself first,” she says. “Realize where you are struggling as a person and fix it because a lot of times it’s too late once we realize it.”

Ferrell says it’s also important to “acknowledge” those mental health struggles and think about how it affects you.

“Let me try and seek help. Let me try and do this and try to do that,” she advises. “Because if you don’t, then it is easy for you to fall in love for the wrong reasons with the wrong person. And then, you’re wrong in life in general.

“I would say… with what’s going on in 2020, in between the police and the black community, [that we should] not normalize the behavior that’s going on, but let’s humanize the people doing it,” he says. “And understand that the police are people just like we are. They’re not perfect people.”

“A level of understanding is what we should come to,” he continues. “I hope a lot of people can see Dee Johnson’s character and see themselves in that character. Even though they don’t agree with her occupation.”

Blood on Her Badge airs tonight at 8 p.m. ET on TV One.