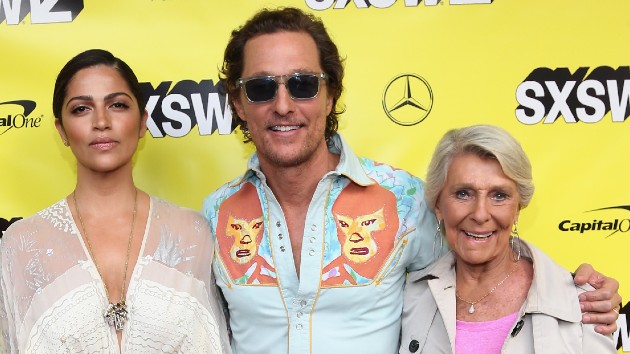 (LOS ANGELES) — Matthew McConaughey is opening up about the time he couldn’t speak to his mother for almost a decade.

During Tuesday’s episode of Red Table Talk, the actor and his mother, 88-year-old Kay McConaughey, candidly discussed how fame strained their once strong bond and caused an eight-year estrangement.

The Oscar Award-winning actor explained that, when his career took off in 1996 following his successful debut movie, his mother became someone else entirely — an obsessed fan.

The Greenlights author furthered that his mother’s transformation from a parent to a fan came at a time when he “was trying to find my own balance with fame.”

Their relationship further deteriorated when Kay started leaking their conversations to the media.

“Some of those things I would share might show up in the six o’clock news three days later,” he reflected.

Things came to a head when McConaughey turned on the news and watched in horror as Kay paraded a crew from the tabloid show Hard Copy through his childhood home and disclosed very personal stories about him.

When McConaughey called to confront his mom, her response of “I didn’t think you’d find out” drove a wedge in their relationship.

“I was not able to talk to her as my mom for about eight years,” the 51-year-old actor confessed.

Kay acknowledged that she had been “enjoying his fame more than he was.”

Thankfully, the two “healed” their relationship in 2004, with McConaughey noting, “My boat was built well enough where I didn’t feel like she could sink it.”