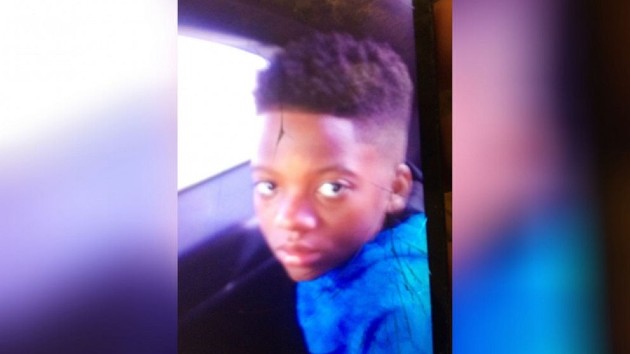 (LAFAYETTE, La.) — Footage obtained in the homicide investigation of a missing Black teen shows Quawan “Bobby” Charles leaving a Louisiana home days before he was found dead, police said.The Baldwin Police Department released the Oct. 30 video, which it said depicts Charles leaving his father’s home and getting into a car, Lafayette ABC affiliate KATC-TV reported Tuesday.Charles’ mother reported the 15-year-old missing later that day, a Baldwin police report obtained by ABC News shows.On Nov. 3, the teen’s body was found in a sugar cane field about 20 miles away, in Iberia Parish, his family said.A graphic photo of his body circulated online last week, drawing attention to the circumstances around his death, which the local sheriff’s department deemed “suspicious.”Charles’ family has called for answers in his death and have questioned why measures, such as a missing child advisory, were not issued by state police after he was reported missing.”Our crusade for Quawan ‘Bobby’ Charles and his family will continue until justice is served,” the family’s lawyers said in a statement Monday.The American Civil Liberties Union is also demanding a full, independent investigation into the death, amid what the organization claimed is a “lack of transparency demonstrated by local officials.”Baldwin Assistant Chief Sam Wise told KATC Tuesday that officers didn’t think the case met the criteria of an abduction or kidnapping needed to contact state police “because there was no eyewitnesses or no one to say that he had jumped into a vehicle, or someone kidnapped him or beat him and took him into that vehicle.””There was no signs of a kidnapping or abduction at that time,” Wise told the station.Charles was entered into the National Crime Information Center as a missing person or runaway, according to the police report.Charles’ father discovered his son was missing shortly after 4 p.m. on Oct. 30, the police report said. His father said he would search for the missing teen at a football game and at a Halloween event, while his mother was going to see if he went to her home in Youngsville, according to the report.Iberia Parish sheriffs found Charles’ body on Nov. 3, hours after being contacted by one of his parents, officials said.Citing “public interest” in the case, the Iberia Parish Sheriff’s Office said in an update Saturday that it obtained video evidence that showed Charles alone near where his body was later found.The sheriff’s office said it has also conducted several interviews with people who were reportedly with Charles right before his disappearance and is “actively tracking” the whereabouts of others.The Iberia Parish Coroner’s Office ruled Charles’ likely cause of death as drowning. The autopsy report noted no evidence of trauma before death.An independent autopsy report provided by Charles’ family and their attorneys on Monday also included findings consistent with drowning, but it did not list a preliminary cause of death. A final report is “pending toxicology, histology and additional investigative information as it is available,” it said.Copyright © 2020, ABC Audio. All rights reserved.