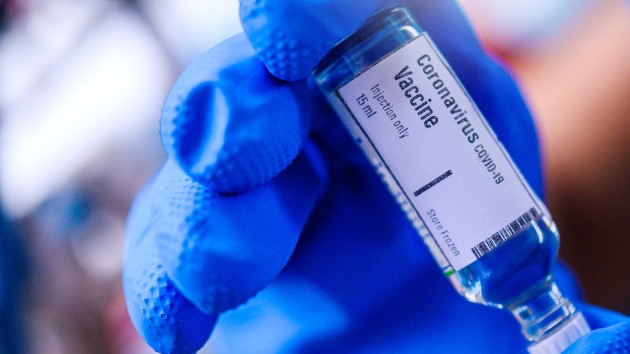 By SONY SALZMAN, ABC News(NEW YORK) — Pfizer and Moderna are likely to be the first companies to see their respective vaccines authorized in the United States, possibly before the end of this year.Though their journeys to a COVID-19 vaccine have been eerily similar, the companies themselves could not be more different. Pfizer is a multinational pharmaceutical giant, while Moderna is a small biotechnology company that has never brought a drug to the market.Yet when the COVID-19 pandemic began, both companies bet big on a brand-new vaccine technology called mRNA. Moderna had been working on the technology for years, while Pfizer partnered with a smaller German biotechnology company BioNTech for its mRNA research.If authorized, these would be the first mRNA vaccines, which use pieces of genetic material to coax the body into developing defenses against future infection.After rapidly testing their vaccines in early-stage studies, Pfizer and Moderna launched their massive Phase 3 trials, which is the last step before authorization, on July 27. And the companies have been neck in neck since then, with Moderna ultimately emerging with key data milestones about a week behind Pfizer because of subtle differences in its trial design and vaccine dosing.Pfizer declined an initial research investment from the U.S. government’s Operation Warp Speed, a multibillion-dollar program to accelerate the development and distribution of COVID-19 vaccines. But Moderna has been partnered with the government from the start, enjoying a longstanding research collaboration with the National Institutes of Health, accepting $955 million in funding from the Biomedical Advanced Research and Development Authority (BARDA).Both companies have accepted Operation Warp Speed funding in exchange for a promise that the first 100 million doses of their respective vaccines will be delivered to the U.S. government.And when it comes to their vaccines, both Pfizer and Moderna’s are quite similar.“They’re using something called an mRNA technology, which is relatively new in vaccine development,” said Azra Behlim, senior director of pharmacy sourcing and program services at Vizient.Compared to some other vaccine technologies, mRNA is a more delicate product, Behlim told ABC News, meaning it needs to be kept frozen for long term storage.Moderna’s vaccine can be kept in normal freezer temperatures, like the freezer you have at home. Pfizer’s vaccine, meanwhile, must be kept in a specialized ultra-cold freezer at -94 degrees Fahrenheit.Once thawed, the Moderna vaccine can be kept in a normal refrigerator for a month, while Pfizer’s can only be kept in a typical fridge for five days.“Some of those cold chain storage issues that the Pfizer vaccine brought up … could be alleviated with [Moderna’s] vaccine,” said Dr. Colleen Kelley, associate professor of medicine at Emory University School of Medicine and principal investigator for the Moderna study at the Ponce de Leon Center.“This is good news for places that may not have access to that ultra-cold storage,” said Kelley.

That could include more rural parts of America.Operation Warp Speed Vaccine Development Lead Dr. Matt Hepburn said, “the fridge-for-a-month distribution point we made really enables for a much more distributed model to get the vaccine out there, potentially for example in very rural areas.”But with limited supplies of each vaccine available at first, enough to vaccinate only 20 million Americans by the end of the year, experts agree the U.S. needs multiple vaccines to fight the pandemic. That includes not only Pfizer and Moderna’s vaccine but also even more that are further behind in development.Two other companies that received funding for clinical research from Operation Warp Speed — AstraZeneca and Johnson & Johnson — had brief setbacks when their late-stage trials were paused over safety concerns. But those trials are now back up and running and may have data available in the coming weeks and months.“We will not see the other side of this pandemic without an effective vaccine, and multiple effective vaccines,” Kelley said.